By Newsroom on September 22, 2014Comments Off on Tic Tac Offers Chance to ‘Find a Fiver’ in £1.7m Campaign

Tic Tac has launched a new campaign offering consumers the chance to win a fiver in cash and get £5 off a minimum spend with a number of high street retailers.

Created by Aesop, the promotion will feature on over 15 million packets of Tic Tacs and will be supported by a £1.7m investment.

A spokesperson for Ferrero, owner of the Tic Tac brand, said: “Nothing makes your day like finding a fiver in your pocket, and we wanted Tic Tac fans to experience that feeling every time they open a pack. Our TV and online ads are similarly joyful, and we hope people across the country will be giving themselves five in no time.”

With the aim of appealing to those between the ages of 16 and 24, the ads feature a character in surreal scenarios who ‘gives himself five’ when he finds out about the promotion.

Tommy Smith, account director at Aesop Agency, said: “Not only are we driving awareness of a solid promotion with these ads, we’re also doing the job of brand reappraisal through the use of our character and the ‘self5’… a trend that will no doubt hit the streets soon after launch”.

Media has been handled by Rocket under OMD. 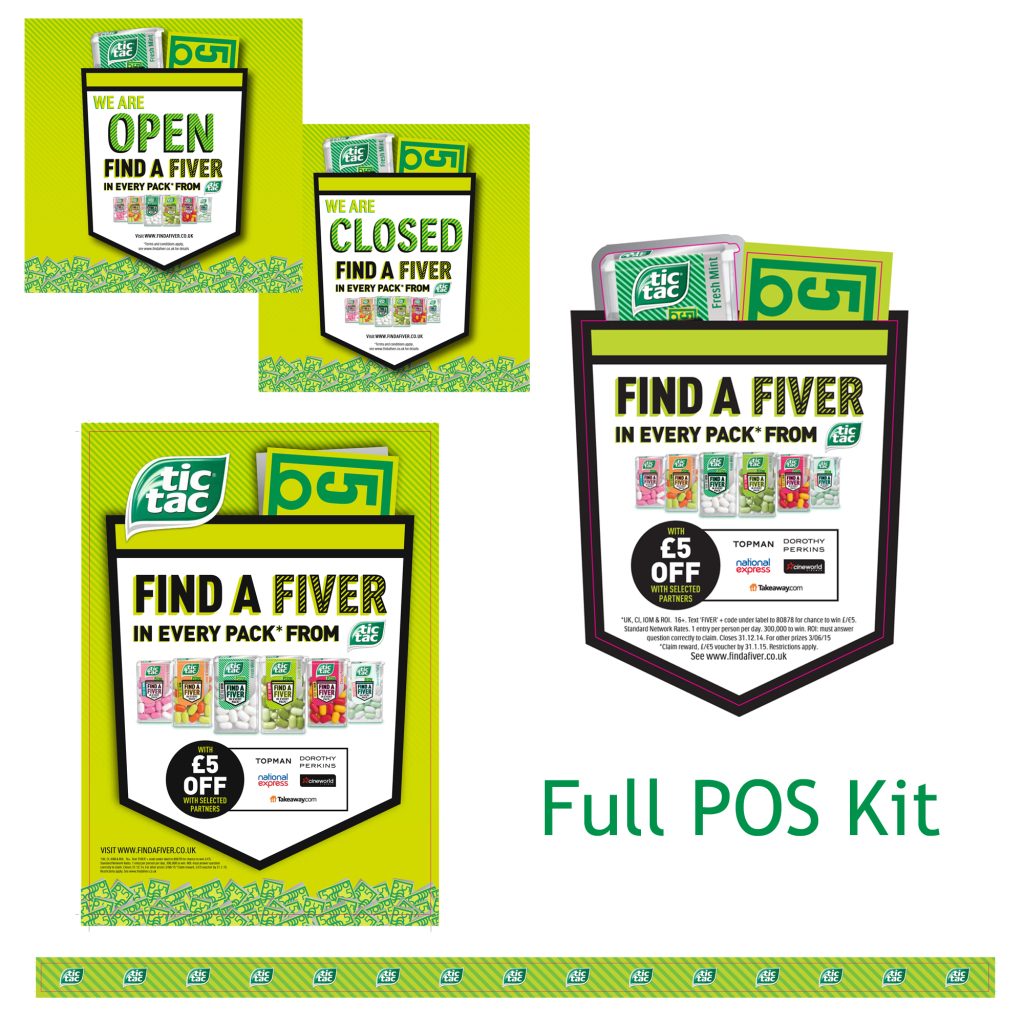 Tic Tac Offers Chance to ‘Find a Fiver’ in £1.7m Campaign added by Newsroom on September 22, 2014
View all posts by Newsroom →