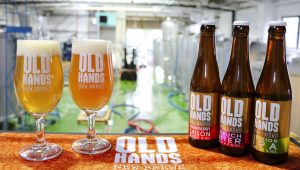 Twickenham Fine Ales, London’s oldest micro-brewery, is launching a new range of craft beers – Old Hands – which will be available from 17 November, reflecting the growing demand from beer connoisseurs and younger adult drinkers for more unusual and experimental brews. 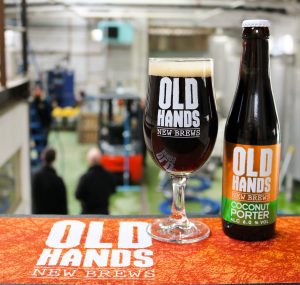 The moniker ‘Old Hands’ was selected to emphasise the relative longevity and experience of the brewers at Twickenham in what remains a young and vibrant microbrewing scene in London, and also to reflect the playful and fun nature of the new range. This can also be seen in the design of the labels, which have been intended to have textured copper on the top to reflect the feel of a wizened hand, and bold, vibrant colours unique to each brew on the bottom to signify the new styles of beer that Twickenham are exploring.

Commenting on the new range, Ben Norman, Marketing Director, Twickenham Fines Ales, said: “We are delighted to be able to bring this new, innovative and beautifully-balanced range of beers to the market, with the launch of Old Hands. Our aim is to reach a whole new audience of typically younger, craft beer drinkers who would normally associate Twickenham with more traditional cask beers. 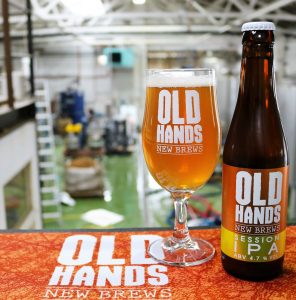 We believe right now is a really exciting time for Twickenham and for beer, and we are very much looking forward to continuing to explore the opportunities for exclusive brews that will come hand-in-hand with this range.”

Twickenham, which has been brewing since 2004, is London’s oldest operational micro-brewery. With the creation of beers such as Naked Ladies and the rugby fans’ favourite, Grandstand, Twickenham has been at the forefront of the resurgence of London’s micro-breweries and was an early adopter of the use of American hops. It now uses different varieties of hops from all over the world, including England, Germany, Slovenia, USA, Australia and New Zealand, to create an innovative range of first-class beers.

Old Hands will be available in 330ml bottles and keg formats from 17 November.