By Newsroom on August 7, 2014Comments Off on Two Leaves & a Bud Tea Company Celebrates 10th Anniversary

Two Leaves and a Bud Tea Company celebrates its 10th anniversary in 2014. The company is acknowledging this milestone with a refreshed look and new packaging that references its roots as a small, independent, Colorado-based brand.

The changes began earlier this year as the company, which had shortened its name to “Two Leaves Tea Company” in 2012, announced it would be “bringing back the bud.”

“We liked our name so much, we chose it twice!” says CEO and Founder Richard Rosenfeld. “Our brand has grown over the years thanks to a loyal fan base, and those fans thought we’d lost a certain quirky edge in our personality when we shortened our name. So, the bud is back!” 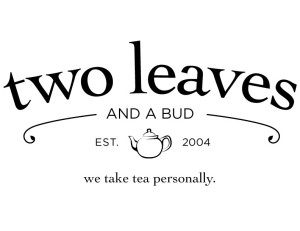 The company’s new logo acknowledges its start in 2004, and its ability to “take tea personally” — something Rosenfeld says separates the company from larger corporate tea brands.

Two Leaves and a Bud will launch a series of new products in concert with the anniversary. The new offerings span the company’s entire range from the high end “Reserve Series” of super-premium loose teas to new flavors in its Paisley Label Tea collection – tea bags with a finer cut of tea. Newly redesigned packaging arrives in retail stores later this year.

“Our new product offerings, logo and packaging reflects how far we have come as a company,” Rosenfeld says. “We have been able to compete with some of the largest corporations in the world simply by remaining small, dedicating ourselves to the tea itself and building customer loyalty.”