By Newsroom on March 3, 2014Comments Off on Two-Time Academy Award Winner Audrey Hepburn Returns to the Red Carpet

DOVE Chocolate is rolling out the red carpet this Sunday, Mar. 2, for its newest TV ad, which features Audrey Hepburn and is airing during the OSCARS “Red Carpet Live” on ABC. The cinematic ad for DOVE Dark Chocolate uses 3D computer-generated technology to capture Hepburn’s classic style and infectious smile.

The ad shows a stylish Hepburn taking a tour of an Italian town by bus, which gets stuck in a traffic jam. Out her window, a handsome stranger in a convertible tempts her to leave the bus and ride with him. She accepts the offer and playfully hops into the backseat. As they drive away, she rewards herself with a bite of a DOVE Dark Chocolate bar and leans back with a pleased expression.

“We cast Audrey Hepburn for this new ad because she’s timeless and truly embodies the DOVE Chocolate consumer,” said Roy Benin, Chief Consumer Officer, Mars Chocolate North America. “Hepburn possesses a spark in her eye and radiates the confidence to make choices that are more enjoyable to her.” 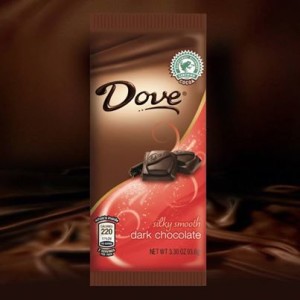 To recreate Hepburn’s appearance and gestures, the visual effects (VFX) team at Framestore, in partnership with the BBDO network, used the star’s entire feature film catalog and all available photographs as reference. Many scenes required frame-by-frame hand animation techniques to ensure the model was authentic from every possible angle.

Hepburn’s children, Sean Ferrer and Luca Dotti, encouraged the use of their mother’s image and likeness in the ad, which originally launched last year in the UK to promote Galaxy chocolate bar.  Ferrer said, “Our mother loved rewarding herself with a piece of chocolate, but it always had to be dark chocolate.”

The new TV spot will air on Networks such as MTV, Adult Swim, A&E, Bravo and Lifetime reaching Adults, ages 18 to 49, throughout 2014.