By Newsroom on October 31, 2013Comments Off on U.S. Beer Consumption Increases; Rising Demand for Higher-Priced Offerings 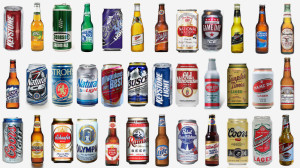 The beer industry saw gains in both dollar and volume in 2012 after a three-year downturn. Well-marketed new products and slight improvements in the unemployment rate contributed to the beer industry’s overall growth.

Although the second half of the year didn’t fare as well from an economic standpoint, the industry was still able to see an increase of 0.8% to 2.9 billion 2.25-gallon cases, according to the recently released Beverage Information Group’s 2013 Beer Handbook.

Super-premium, Craft, Imported and Flavored Malt Beverages out-performed the industry overall, as there is increasing demand for higher-priced beer.  Super-premium and Premium increased 1.6%, and Craft increased 13.7% to reach 185.2 million 2.25-gallon cases.  This is the largest increase for Craft beer in more than a decade.

Imported beer also increased for a third year, even though major brands such as Bass, Beck’s and Red Stripe were removed from the category because they are now domestically brewed.  This 1% increase is largely due to consumer demand for a wider selection of products. 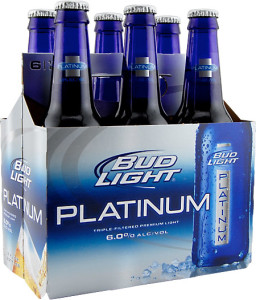 Innovations in the Light Beer category, such as the launch of Bud Light Platinum, were not enough to turn things around for the category. Light beer declined for the fourth year in a row.  Popular and Malt Liquor also lost volume.

Although the beer industry saw positive changes in 2012, challenges still remain.  According to the Beer Handbook, the beer industry will still see increases in the higher-priced categories such as Super-premium, Craft and Imported beer. It remains to be seen if these gains will help the beer industry maintain 2012’s positive direction.

“Spirits and wine marketers have been savvy in targeting consumers with flavored vodkas, rums and whiskies, as well as sweeter wines which have continued to take share away from the beer industry.”