By Newsroom on February 1, 2018Comments Off on UK’s Biggest Craft Beer Festivals ‘Raise the Bar’ in 2018 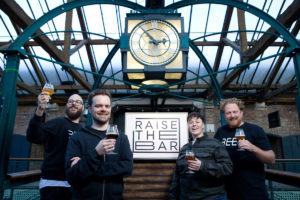 London, Edinburgh and Bristol are set to host the biggest series of Craft Beer Festivals in the UK – taking their unique brand of world class music, incredible food, and headline music acts across the country.

Attracting over 125 world class brewers from around the UK, Europe and US, festival goers will get the chance to try over 200 beers including new-to-market brews, cult classics and festival specials.

Having grown from 2,000 people at the very first London Craft Beer Festival in 2013, this year the festivals are based in new and expanded venues, like Tobacco Dock at London Docklands, and will host around 17,000 beer fans across London, Edinburgh and Bristol.

Among the first handpicked brewers to be invited are international creative forces Mikkeller from Denmark, Dugges from Sweden, and Stillwater Artisanal from Baltimore, US; there are up and coming UK stars like Verdant from Cornwall, Beavertown Brewery from London, and Tempest Brew Company from The Borders, Scotland; all this alongside craft beer giants like BrewDog, Sierra Nevada, and Oskar Blues. 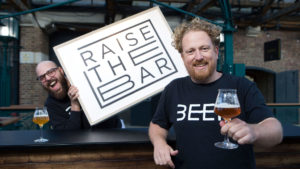 New for 2018, consumers will also have the chance to sample beers from the winning brewers of the ‘Raise the Bar’ initiative.

In a bid to champion new-to-market brewers, organisers and founders of We Are Beer, Greg Wells and Dan Sylvester, are inviting submissions from upcoming brewers keen to raise their profile.

An expert panel will independently blind taste all submissions before selecting the top four brewers to attend all three festivals, providing them with a platform to showcase their beer to around 17,000 people across the country.

The Raise the Bar panel includes: Jenn Merrick, former Beavertown head brewer and founder of a new community based brewery, Earth Station, Ben Freeman, co-founder and brewer at Pressure Drop and Jonny Garrett from Craft Beer Channel, alongside Greg and Dan from We Are Beer. 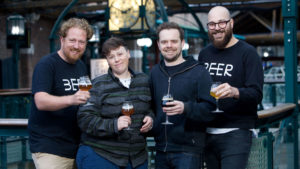 Commenting on the festivals Greg Wells, co-founder of We Are Beer, said: “The festivals are an opportunity to celebrate brewers and modern brewing culture from across the globe and have been designed to be great value for money, giving all ticket holders the opportunity to explore all of the hundreds of beers – a real festival of flavour. In our continued quest to champion the incredible upcoming talent we are excited about the potential for our ‘Raise the Bar’ competition to give young, new brewer’s a platform to showcase their beer on a UK stage.”

Jenn Merrick, founder of community-based brewery, Earth Station, said: “I am delighted to be asked by Dan and Greg to be a judge for Raise the Bar. I am a great believer in opening up the industry to a more diverse group of people – so it’s good to see an initiative like this which supports new talent.”

Source: We Are Beer

UK’s Biggest Craft Beer Festivals ‘Raise the Bar’ in 2018 added by Newsroom on February 1, 2018
View all posts by Newsroom →