By Newsroom on January 25, 2018Comments Off on V Energy Enters the Gaming World with ‘Wasteland with V’ Launch via TKT Sydney

In the first week of January, V Energy – the energy drink known for being the ‘Massive Hit That Improves You A Bit’ – launched the ‘Wasteland with V‘ the Bit Better Fallout Mod via TKT Sydney. In other words, a series of ‘modifications’ for one of the highest selling games of all time – Fallout 4. 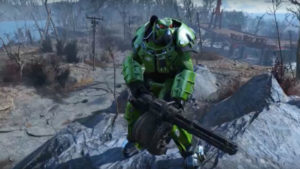 When brands get involved in gaming, it’s usually just slapping a logo on an event or paying for in-game media. TKT Sydney and V wanted to do more than that for its first contribution to the gaming world. Working with Bethesda’s Creation Kit, TKT Sydney created ‘Wasteland With a V’.

The mod inserted V Energy Drink right into the game as a power-up that improves your in-game character “a bit”, helping players survive in the harsh post-apocalyptic wasteland. On top of that, gaming fans were asked how they would improve Fallout 4 “a bit”, which inspired a whole new quest line, new weapons, a new suit of power armour and even new loading screens. 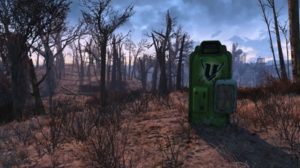 The mod launched with the help of two high-profile Australian Twitch influencers (professional gamers, each with over 60K followers) and is already receiving rave reviews in the ‘Trending Mods’ section of Nexus Mods. 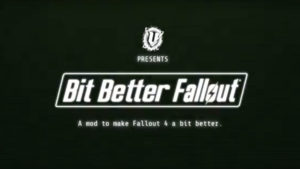 Mark Wiedermann, marketing director at Frucor Suntory said: “We would rather offer something to improve the gamer’s experience. We live in a time where developers are expected to keep improving games and adding content well beyond launch. We saw an opportunity to create something interesting for the community and had a lot of fun along the way, all based on feedback from people who know and love the game — don’t worry, it’s not just branding plastered everywhere.”

V Energy Enters the Gaming World with ‘Wasteland with V’ Launch via TKT Sydney added by Newsroom on January 25, 2018
View all posts by Newsroom →