By Newsroom on October 2, 2017Comments Off on Wagamama Introduces Katsumama and #Nationalkatsucurryday

Wagamama has partnered with MOX London and UNIT9 Films director Simon Neal to introduce their very own Katsumama. In this comedic film, she announces the National Katsu Curry Day on the 28th of September. As Universities’ freshers week are starting, Wagamama is offering free Katsu Curries to the first 50 students to help them cure their hangover. 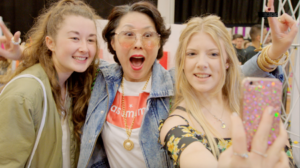 MOX wanted to create a character for Wagamama; one who can own their conversations with students and put a stamp in the ground that Wagamama really cares for its student audience. In the middle of freshers this was the perfect time for Wagamama to show how much they care about their younger audience. Matt Bolton, creative director at MOX proved it by creating ‘Katsumama – A loving, mad Mum away from Mum.’ 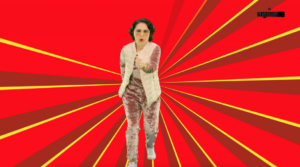 Wagamama Introduces Katsumama and #Nationalkatsucurryday added by Newsroom on October 2, 2017
View all posts by Newsroom →