A New Look For Big Hug Strengthens Brand For Road Ahead

By Newsroom on November 16, 2015Comments Off on A New Look For Big Hug Strengthens Brand For Road Ahead 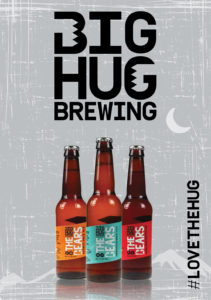 Big Hug Brewing has given its growing brand a confident new redesign to reflect its ambitions for the year ahead.

Just 18 months since the first Big Hug beer was brewed, originally under the name Bear Hug, the re-branded premium range has secured listings in both on and off-trade throughout the UK and Europe.

With distribution through key regional wholesalers such as Nectar Imports, HT White, Pigs Ears and Euroboozer as well as Dunns in Scotland, Big Hug is now also available nationally through Matthew Clarke. Already trading with Punch Taverns and next year Greene King, the fledgling beer brand is gaining momentum as its fan base across the country grows.

It’s also proving popular in the off-trade and is now stocked in many key independent bottle stores such as Borough Wines and Hop Burns Black and the range has caught the attention of the buyers at Wine Rack and Whole Foods where it is now also on sale in selected outlets.

Further plans for the next 12 months include adding to its current draught accounts, The Crown and Shuttle, Stokey Bears, Magic Roundabout and The Culpepper and it will be available in London’s latest winter Pop Up – Solomons Yard in Camden.

The 330ml bottles are now in a range known as ’The Bears’ – a nod to the original company name. The Big Hug signature brew ‘Hibernation’ White IPA is now in a 330ml brushed metal can with Slow Loris to follow next year. Bruno, the Pilsner is currently keg only. 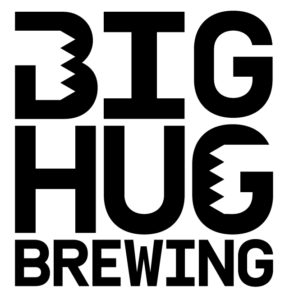 Co-founder and sales director of Big Hug Brewing, Matt Williams, said: “It’s been an exciting 18 months for Big Hug. We have grown and developed in such a short period of time and felt it was time to consolidate the brand to unite our core range. Big Hug Brewing came together out of a love of great beer and brands, both past and present. We decided to give Big Hug the name to represent that warm fuzzy feeling from your first beer with friends. It’s personal to us because that’s how we greet each other. We simply wanted to extend that feeling and create a range that was accessible and varied that would appeal to a wide demographic as more people start to enjoy craft beer.”

Big Hug patrons can also enjoy the fact the brew is a beer with a social conscience. The brand has partnered with sustainability charity My Green Squares who work to help with the preservation of the rainforest, of which Big Hug have helped to preserve 1million square foot for 12 months and hope to expand on this.

A New Look For Big Hug Strengthens Brand For Road Ahead added by Newsroom on November 16, 2015
View all posts by Newsroom →