By Newsroom on October 30, 2017Comments Off on A Truly Guilt-Free Snacking Experience With Geosticks 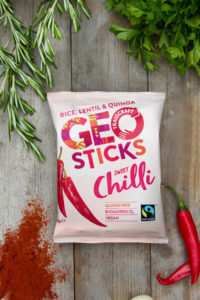 The pioneering organisation Traidcraft is launching it’s first ever Fairtrade savoury snack range under it’s GEO brand – and is already changing the lives of farmers and artisans around the world.

With a UK market worth in the excess of £40bn, ‘snacking’ is the FMCG sector to be in today and we are led to believe that the market share for healthier snacks is soon going to outstrip that of the more traditional offerings.

Within the sector, many brands are promoting their dairy, gluten free, low calorie and vegan credentials, almost becoming ‘as standard’. But only the GEO brand currently has all the above, and can play the truly ‘guilt free’ card – by mixing impeccable Fairtrade ethics into the recipe.

GEO’s rice is from Thailand and its quinoa from Peru. The quinoa is sourced from the Cabana co-operative, just north of Lake Titicaca, where there are over 500 farmers who specialise in growing and harvesting in the harsh environmental conditions there. 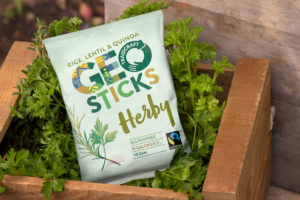 The newly branded range picks up on Geo’s theme of gathered ingredients from multiple countries and communities, impactful flavour cues to create appetite appeal. The snacks are launching in three simple, but hugely popular flavours; ‘Sweet Chilli, ‘Herby’ and ‘Peppery’.

The overriding ambition is to create greater brand awareness and depth to the GEO retail range. However, competing in retail is incredibly hard for snack brands, especially the smaller players and frankly isn’t always the best way to establish sales or a brand following, so initially the product will be sold predominantly through key wholesalers and Traidcraft’s existing Fairtrade channels.

Derek Johnston, strategy director at Family (and friends) says “As ever we are delighted to be working with one of the UK’s fairest traders. A core part of our mission ​is to help ethical brands realise their true market potential”. 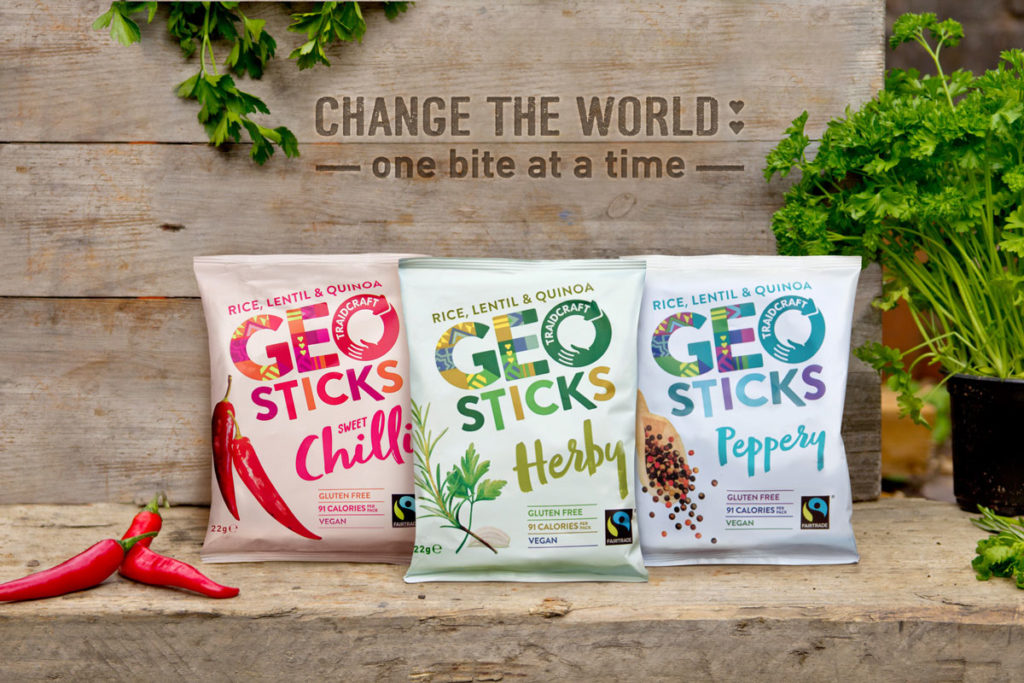 A Truly Guilt-Free Snacking Experience With Geosticks added by Newsroom on October 30, 2017
View all posts by Newsroom →