By Newsroom on December 8, 2016Comments Off on Allinson’s Look to Become Guiding Light in the Bread Category with New Identity by BrandOpus 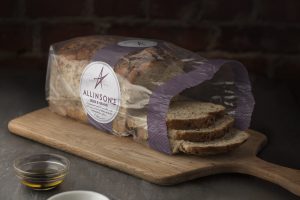 Increasing consumer desire for high-quality, wholesome and delicious bread products provided 124yr old bakery brand Allinson’s with an opportunity to elevate its credentials in order to attract the growing consumer base for whom its proposition is so appealing.

The Allinson’s story began in 1892 when a controversial young doctor and nutritionist by the name of Thomas Allinson, who was a strong advocate for the health attributes of wholemeal, bought himself a flour mill and began making his own bread. Despite the benefits of wholemeal being widely accepted in 2016, in 1892 it was considered a rather unorthodox practise to advise people to incorporate wholemeal into their diet and Thomas Allinson was consequently struck off The Medical Register in 1894 for adhering to his beliefs. 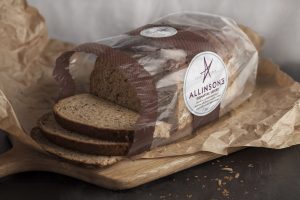 BrandOpus was briefed to evoke the founder’s passion for quality and refinement. Allinson’s range of breads are made with the brand’s own milled flour, home grown wheat and are batch-baked for extra softness. The redesign elevates the brand’s commitment to high standards appealing to the more discerning consumer who seeks a wholesome alternative to everyday bread.

“It’s been fascinating to learn about Thomas Allinson and the pioneering spirit he was,” said Ellen Munro, Design Director, BrandOpus. “Thomas was the guiding light for wholemeal bread in Victorian times and we wanted to express his endeavour in a simple and proud design that is both clean and detailed whilst achieving optimal visibility for the loaf itself.”

“We are very excited to launch our new identity for Allinson’s,” said Janene Warsap, Marketing Director, Allied Bakeries. “BrandOpus has really captured the essence of our founder in this new identity design, whilst also helping to elevate the brand to a more deservedly high-quality feel within the category.”

Allinson’s Look to Become Guiding Light in the Bread Category with New Identity by BrandOpus added by Newsroom on December 8, 2016
View all posts by Newsroom →