By Newsroom on August 21, 2015Comments Off on Almost One in Five Drinkers Plan to Cut Back their Alcohol Intake in 2016 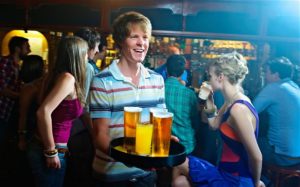 While alcoholic drinks remain a core part of many adults’ food and drink repertoires, new research from Mintel reveals almost one in five (17%) British drinkers expect to reduce their consumption over the next year, with saving money being the number one reason for cutting back.

Today, some 80% of British adults drink alcohol, with 72% of users drinking at least once a week and 47% doing so more than once a week. One in ten (10%) drinkers claim to drink every day, with those aged 55 and over (14%) most likely to be daily drinkers. But while Mintel’s research shows that drinking alcohol is commonplace, only 5% of the nation’s drinkers expect to drink more in the coming year, while 17% expect to cut back. And although over-45s (19%) are the most likely age group to plan to be cutting back on drinking, as many as 16% of 18-24 year olds also expect to reduce their alcohol intake.

Among drinkers expecting to cut back on their consumption, saving money (45%), lifestyle changes (41%) and managing weight as part of a diet (38%) are the main reasons for doing so. Meanwhile, almost a quarter (22%) who plan to cut back will be doing so for health reasons (i.e. being advised by the doctor), while almost one in ten (9%) say they have become more wary of driving after having a drink. 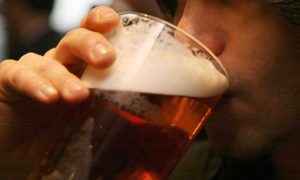 “Over the next year a higher share of Brits are expecting to cut back than increase their consumption. While consumers may have understood health problems associated with drinking for quite some time, it seems rising prices have finally prompted Brits to consider cutting back the amount of alcohol they are drinking. And while cost is the number one reason why Brits are planning to cut back on drinking, lifestyle changes – such as becoming parents – are also a key reason for reduced consumption.”

Almost half (48%) of drinkers believe there should be clearer information about the alcohol content (% ABV) on drinks’ packaging or pump clips, while, a quarter (24%) say they often consider calorie content when choosing what to drink. Women are more likely than men to seek out healthier alcoholic drinks such as those with a lower calorie and alcohol content. More than a quarter (27%) of female drinkers say that they often consider the calorie content when buying drinks, compared to 21% of men. Under-35s are also particularly calorie-conscious, further highlighting the importance of calorie labelling given the high interest among core users in the market. 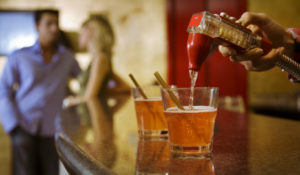 “Information such as alcohol and calorie content is not always easily visible on alcoholic drinks’ packaging or pump clips. This could be a particularly problematic issue in the on-trade where it is often difficult to get close to the bar to see pump clips or packaged drinks. All age groups show a broadly similar agreement that there should be clearer information about the alcohol content (% ABV) on drinks’ packaging or pump clips. Brands could also talk more specifically about how their ABV is beneficial to the taste and enjoyment of the drink, for example helping to enhance the taste of ingredients such as hops or grapes,” Chris adds.

Quality over quantity appears to be at the forefront of many drinkers minds, as many Brits are now looking for better quality drinks for the fewer occasions in which they drink. Indeed, today, more than half (55%) of drinkers say that it is worth paying more for higher quality drinks. 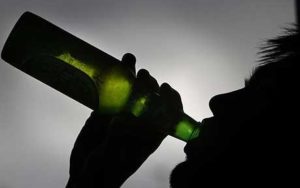 When it comes to the nation’s favourite tipple, still wine (54%) and lager (48%) are the most popular drinks, with in-home usage outstripping out-of-home for most types of drinks, largely due to the lower prices. In terms of market value, sales of alcoholic drinks rose by 11% between 2010 and 2014, with further growth expected to push the market towards £42.9 billion in 2015. Mintel expects the market to reach £50 billion by 2020.

Mintel’s research shows that dark, golden and spiced rum has seen the the fastest market growth in recent years, rising by 58% between 2010 and 2014 to reach £477 million, closely followed by sparkling wine which has risen by 53% in the same time period to reach £1.4 billion.

“The rapid growth being seen in the sparkling wines category, with Prosecco in particular leading the charge, is a good example of how many consumers are looking to drink premium drinks if given compelling reasons to do so,” Chris concludes.

Almost One in Five Drinkers Plan to Cut Back their Alcohol Intake in 2016 added by Newsroom on August 21, 2015
View all posts by Newsroom →