A new campaign for the Alternative Meat Co. (AMC) via Sydney PR/social agency Poem, has bit back against the idea that eating meat on Australia Day makes you more Australian.

The Facebook video which pokes fun at early ‘Eat Lamb’ campaigns by Meat and Livestock Australia famously fronted by Sam Kekovich, highlights the increasing number of people in Australia looking to eat less meat and encourage people to try something alternative this Australia Day.

Dean Epps, general manager at Life Health Foods Australia, the creators of the AMC brand, says the video doesn’t aim to convince people they should be vegetarians.

Epps said: “As Hughsey correctly references, ‘it doesn’t need to moo to be true blue’. Our country has some of the most diverse foods in the world available so why not throw something Vego on the Barbie this Australia Day.” 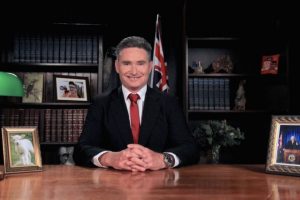 Rob Lowe, co-founder, Poem said: “The goal was to tap into an ongoing and relevant national conversation about changing food trends and meat consumption, giving a voice to the Millions of Australians out there who are leading an increasingly more meat free, alternative diet. The challenge we set ourselves was to create a campaign that would raise the debate in an engaging, shareable and significant way, whilst increasing awareness of The Alternative Meat Co’s new innovative plant based product. It’s great example of our approach to humanising PR and social media by injecting culturally relevant concepts that people care about, into brand communications.”

The Alternative Meat Co. is a new plant-based meat alternative available in Coles, Woolworths and IGA.