By Newsroom on May 29, 2015Comments Off on AMV BBDO Retain Google FAB Agency of The Year Title 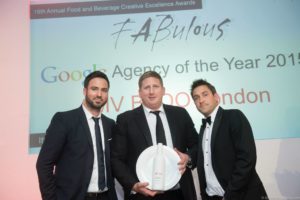 The International Food and Beverage Creative Excellence Awards are delighted to announce that Abbott Mead Vickers BBDO has been named The Google FAB Agency of The Year at The 17th FAB Awards.

The now Google sponsored award, is presented to the Agency that has scored the maximum points taken from the number of nominations, FAB Awards & FABulous Awards on the night.

Ian Pearman, Chief Executive, AMV BBDO commented: “It’s been an amazing night. Because of the clients we have it’s been an important set of awards for us. This is the pinnacle of success for anyone who works in food and beverage. To win in so many sub-categories of this industry is incredible. Success for such a range of brands and disciplines is terrific and we couldn’t be prouder.” 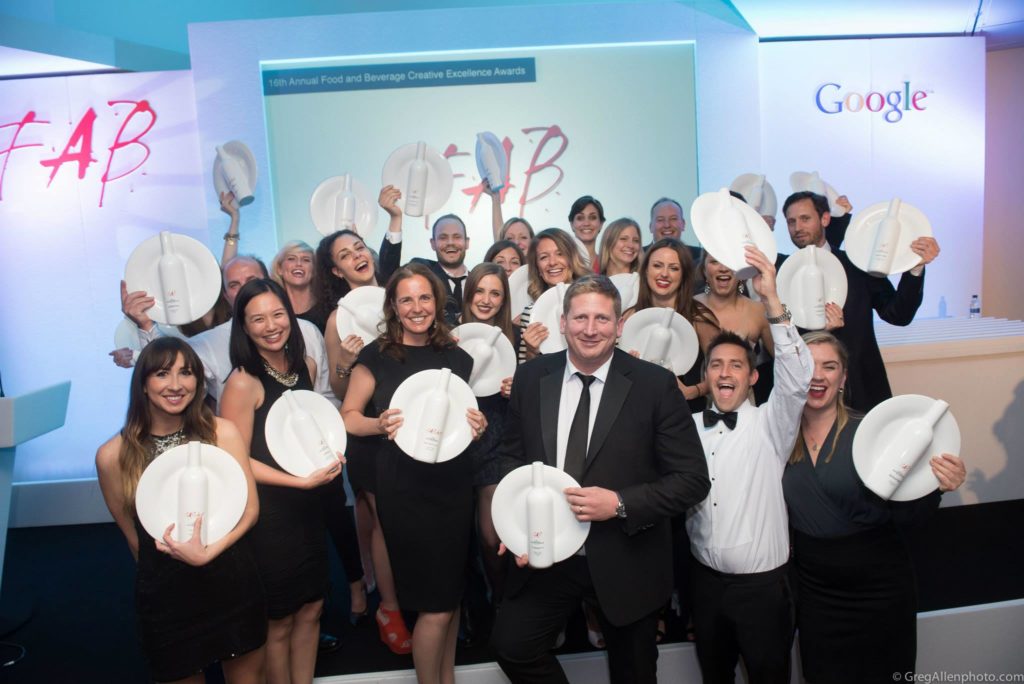 Their work that was awarded on the night includes: ‘Unbelievable Bus Shelter’ for Pepsi Max, ‘1914’ for Sainsbury’s and the ‘Maps Campaign’ for Whiskas.

“If The FAB Awards were the football World Cup, then AMV BBDO is our Brazil. They have now won the Agency of the Year title five times, which shows just how consistently they produce quality, creative and innovative work year-in-year-out. They truly deserve this title after another outstanding year,” said FAB Awards President, N.Nayar.

The Award was presented at The Hurlingham Club in London on Thursday, May 28, during the Awards Ceremony to honour Nominees and Winners of this year’s FAB Awards.

AMV BBDO Retain Google FAB Agency of The Year Title added by Newsroom on May 29, 2015
View all posts by Newsroom →