By Newsroom on March 4, 2013Comments Off on An Important Step Forward in China For Carlsberg 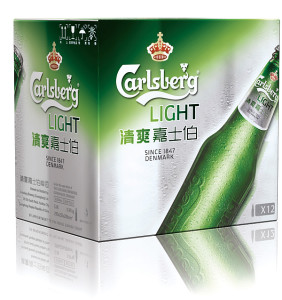 The Carlsberg Group announced a further important step in the execution of the Group’s strategy in China through the launch of a partial take-over offer for up to 30.29% of the shares in Chongqing Brewery Company Co. Ltd (CBC) at RMB 20 per share.

The Carlsberg Group is today the largest shareholder in CBC with a current shareholding of 29.7%. Upon the successful completion of the partial take-over offer, Carlsberg will have control over CBC and potentially up to 60% of the shares in CBC.

The second largest shareholder in CBC, Chongqing Beer (Group) Co. Ltd., has, through a separate agreement with Carlsberg, committed to tender its shares as part of the tender offer process at the proposed price, with the aim of disposing of its remaining 20% stake in CBC.

If the partial take-over offer is over-subscribed Carlsberg has agreed to purchase any shares Chongqing Beer (Group) Co. Ltd. owns after the completion of the PTO.

The transaction will enable Carlsberg, as the controlling shareholder of CBC, to directly manage the company, drive greater synergies and leverage the expanded production footprint across several new provinces in China.

Carlsberg will look to strengthen CBC’s position in the market and build it into a world class brewer through the implementation of best practice systems and processes across the key areas of production and procurement, sales and marketing as well as finance.

The transaction will be financed through existing facilities and may take up to 12 months to complete assuming the usual regulatory approval process.

“Our Asian business is very important for our long-term growth strategy and we are very pleased that we now can take this important step forward in China. We have had a very good relationship with CBC and its main shareholder since 2008 and we believe that through closer co-operation with Carlsberg, the performance of this large-scale beer business will be significantly enhanced. We believe that through our commitment to develop CBC’s strong local brands, Shancheng and Chongqing, together with our successful track record of implementing best practices and processes, we will strengthen the business significantly, both operationally and financially.”

An Important Step Forward in China For Carlsberg added by Newsroom on March 4, 2013
View all posts by Newsroom →