By Newsroom on September 11, 2018Comments Off on Ardgowan Distillery Launches ‘South Pole Scotch’ 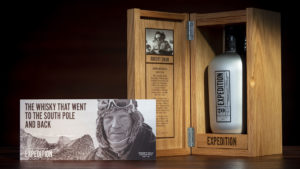 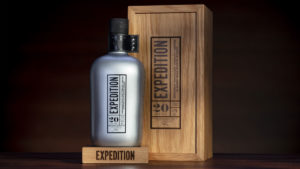 Only 600 bottles exist – one for every mile walked to the pole. The exclusive dram has been specially blended by Ardgowan Chairman Willie Phillips and includes classic single casks from upper Speyside and the northern Highlands.

Each bottle – which retails at £500 – has been personally signed and numbered by Willie, who rose to fame as the managing director of The Macallan from 1978 to 1996. To mark the launch on September 11, Robert Swan cracked open the very first Expedition bottle – in sub-zero conditions – in a specially-constructed ice bar. 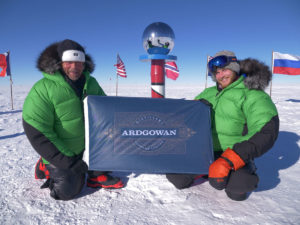 He sampled the Antarctic spirit along with Jessica Skelton – the distillery’s ‘Mission Controller’ – who has brought the new whisky to market. Both declared their first dram “superb”.

The whisky is the first bottling by Ardgowan Distillery Company Limited, which is planning a new £12 million distillery and visitor centre at Inverkip, 30 miles west of Glasgow.

Describing the 20-year-old whisky, Willie Phillips says: “By combining the richness of Speyside and whiskies from the north coast, and marrying in sherry casks, the blend has an opening sweetness, a pleasant mouth feel (perhaps a little peppery undiluted) and a finish which reminds one of its age – altogether a unique and very enjoyable dram.” 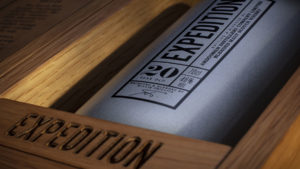 Commenting on the launch, Ardgowan Mission Controller, Jessica Skelton said: “This special whisky commemorates our partnership with Robert and Barney, who we helped by designing and making a number of solar-powered snow melters for their clean energy quest. In return, Robert agreed to take some whisky to the pole – and Expedition is the end result.”

Expedition comes in a 70cl bottle in a wooden presentation case and is bottled at 46 percent. It is available direct from Ardgowan or via exclusive whisky retailer Robert Graham. 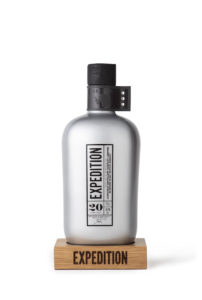 Martin McAdam, CEO of Ardgowan Distillery Company Limited says: “We are really proud of this bottling and hope it will help raise awareness of Robert’s mission to protect Antarctica.  The current moratorium on commercial exploitation of the Antarctic ends in 2041, and Robert wants this extended for future generations.”

Expedition will be followed by a series of limited-edition malts – at around the £50 price mark – later in 2018. Ardgowan has already received full planning permission for their distillery, with construction set to commence next year.

Once operational, the distillery will create six new full-time jobs, with up to 15 additional jobs in the visitor centre and retail operations, with around 47 further jobs created in the wider economy during the first five years.

The new distillery will resurrect the name of the Ardgowan Distillery, which was founded in 1896 and located in Baker Street, Greenock. After a few years of whisky production, the distillery was used to make grain spirt and industrial alcohol until it was destroyed in the May Blitz of 1941.