By Newsroom on November 1, 2016Comments Off on Bacardi Create Immersive Haunted House in Brooklyn to Celebrate Halloween

Brands love to capitalize on holidays, especially Halloween. For Bacardi, it’s a much more natural fit—the bat logo lets the brand lean into that aesthetic. So over Halloween weekend, the alcohol giant unveiled its latest effort, an immersive haunted house called “Nocturnal Awakening,” from Kenzo Digital. 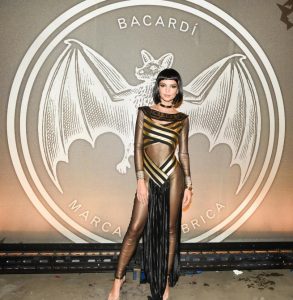 Staged inside a party at Brooklyn Navy Yard in New York, the haunted house installation was constructed in just three days and drew roughly 400 attendees including famous faces like Emily Ratajkowski, Alicia Keys and Baz Luhrmann.

The labyrinth-like experience was meant to be unlike a traditional haunted house, according to Kenzo Digital, the artist, director and founder of the immersive storytelling agency of the same name. It was also a way to create content for the brand.

“I’ve always wanted to do my own rendition of a haunted house and use some of the technologies from my past projects to essentially integrate them to create extreme tension and suspense from technology—but completely outside of the language or the tropes of a regular haunted house,” Digital said. “There’s no axe-man or blood or anything like that. I wanted to make something that was more along the lines of a Black Mirror or Suspiria.” 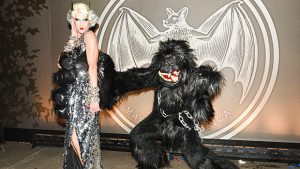 While just 400 people saw the effort in real life, the brand and agency considered how it would translate into the film above.

“I always think of experiences really as content,” said Digital. “What is the content or filmic interpretation that transmits energy, the vibe gives an idea of what happened, how grand the scale was.”

Bacardi’s signature bat was featured prominently throughout the installation, including 800 3-D-printed bats hung in a mirror-filled room creating the illusion of being in a room with thousands of them. 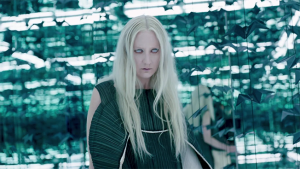 “Nocturnal Awakening” is one of several artist collaborations Bacardi has employed. Per a release from the brand, it was meant to “revolutionize the idea of a haunted house, defining Bacardi as the true innovator and the rightful owner of Halloween.”

“Bacardi is very ambitious,” Digital said. “We’re trying to make something that’s artful and that can add another dimension to how the brand is perceived. They want to own Halloween.”

Bacardi Create Immersive Haunted House in Brooklyn to Celebrate Halloween added by Newsroom on November 1, 2016
View all posts by Newsroom →