By Newsroom on August 5, 2013Comments Off on Bavaria Radler: A Drink For Cyclists We Can All Enjoy 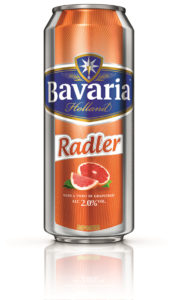 It seems entirely appropriate that following the end of the world’s most famous cycle race, Dutch brewer Bavaria should launch two new beers, Bavaria Radler Lemon and Bavaria Radler Grapefruit, inspired by the sport of cycling.

With a long history of quenching the thirst of cyclists across Germany, these shandy-style beers are expected to be a big hit with consumers here in the UK; even those whose thirst has not grown through energetic exercise of the two-wheeled variety.

Mike Teague, Managing Director of Bavaria UK commented on these latest beers: “The concept of these light refreshing drinks has been around for almost a hundred years. The Germans first made this style of shandy popular in the 1920’s, when cycling boomed and a drink was need to offer refreshment, enough beer to make them crisp and dry, but no so much as to impair the ability of the cyclists to ride home again. Radler is German for cyclist.” 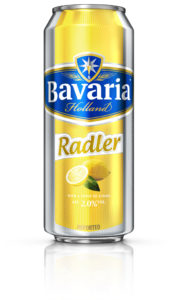 “Bavaria has a long history of mixing fruit drinks with its beers and these new Radler drinks have been designed to appeal to the British palate, which has long appreciated lager with a dash of lemonade or fruit cordials; the classic lager and lime is a prime example,” continued Mike.

“We feel these new additions are the perfect choice for drinkers seeking refreshment on a hot summer’s day or any time they fancy a refreshing lager with a twist. The weather is just right for these low-alcohol beers and the fresh taste of lemon or grapefruit adds that little something extra we believe UK consumers will find attractive.”

“As a brewer, we have an obligation to develop new drinks that reflect the changing tastes of the consumer. Creating the perfect shandy at home and adding a citrus twist can be tricky. You’re never quite sure of the proportions and it’s not easy to get the balance of a refreshing, yet crisp dry drink absolutely right. Well now consumers don’t have to worry our expert brewers with almost 300 years of experience have done it for them,” concluded Mike.

Bavaria Radler: A Drink For Cyclists We Can All Enjoy added by Newsroom on August 5, 2013
View all posts by Newsroom →