By Newsroom on July 17, 2018Comments Off on BBDO Guerrero and Snickers Make Sure You’re Not #TeamHungry During the Wrong World Finals 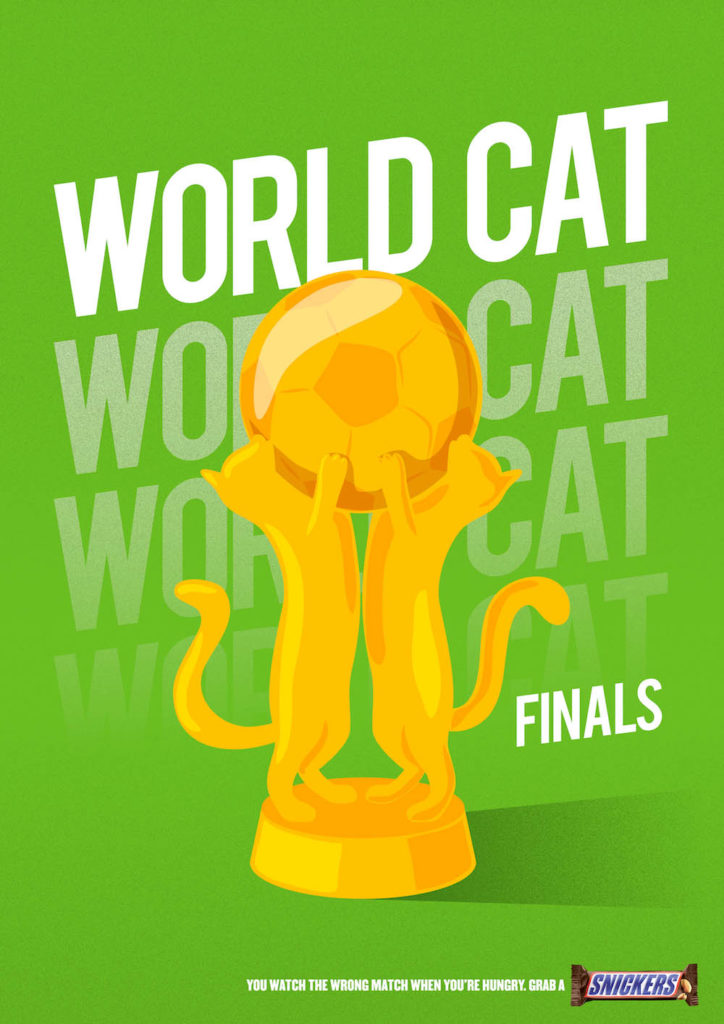 BBDO Guerrero developed a campaign for Snickers that saw the brand hijack the World Cup finals with the Wrong World Finals.

On July 15, the world tuned into the biggest sport event of the year. Snickers wanted to join the celebration but if you aren’t an official sponsor, you can’t mention “World Cup”.

So instead, Snickers launched The Wrong World Finals; a social media campaign that features all the matches you might confuse with the big one–a mistake likely made when you are hungry.

The campaign launched with a series of posters on social media and was brought to life offline in crowded sports bars around the country.

BBDO Guerrero and Snickers Make Sure You’re Not #TeamHungry During the Wrong World Finals added by Newsroom on July 17, 2018
View all posts by Newsroom →