BBDO & Proximity Pakistan Team with PepsiCo to Launch the #StingChallenge

By Newsroom on March 29, 2017Comments Off on BBDO & Proximity Pakistan Team with PepsiCo to Launch the #StingChallenge

BBDO and Proximity Pakistan has collaborated with PepsiCo to create a new campaign for energy drink, Sting, titled #StingChallenge. 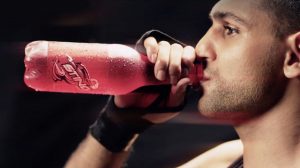 Partnering with one of the world’s youngest Olympic medalist for boxing, Amir Khan, BBDO created a TV commercial that showed fans helping Amir train for his next win by turning the entire old city in Lahore into his own personal workout space.

This spot introduced the concept of the campaign; finding unconventional ways to challenge this homegrown Olympic star. Using #StingChallenge, the brand provides fans with a chance to help Amir train for his upcoming fights by asking them to post challenges on Facebook and Twitter. 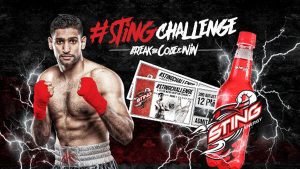 “What fun we had from day one of this project…who would have thought Sting will bring Aamir Khan to old Lahore and take over the city. And as expected the campaign was not only recognised in Pakistan but throughout the region. The numbers speak for themselves and this was a perfect pairing as both Aamir Khan and Sting are energetic in nature and the partnership makes sense for the consumers. No one other than Aamir Khan would have fit the role better,” says Faisal Durrani – Managing Director, BBDO and Proximity Pakistan.

“Amir Khan is a symbol of motivation and inspiration for the youth, globally. Energy is the fundamental pillar of Sting’s brand architecture and hence Khan came as a natural fit to boost energy credentials. Plus, it had local relevance as he was shown training on his native soil. People of Pakistan are generally very patriotic and whenever you show local settings, the response is always amazing. Social media engagement was driven by fans themselves as they were given an opportunity to directly challenge Amir Khan to help him train better for his next big fight,” says Ammar Zaim – Marketing Manager NCB & Energy.

BBDO & Proximity Pakistan Team with PepsiCo to Launch the #StingChallenge added by Newsroom on March 29, 2017
View all posts by Newsroom →