Bladnoch Unveils Luxe Bicentennial Dram in a Toast to the Future

By Newsroom on March 14, 2018Comments Off on Bladnoch Unveils Luxe Bicentennial Dram in a Toast to the Future 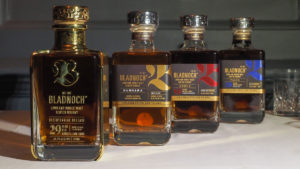 Scotland’s southernmost distillery, Bladnoch, has launched a special Bicentennial Release as a celebration of its rich history and a toast to its new chapter of renaissance.

Offering the perfect balance between provenance and progression, Bladnoch is enjoying an exciting revival in its 200th year, having been bought by Australian entrepreneur, David Prior in 2015.

Changing fates and fortunes over the years resulted in the distillery switching hands several times, before it fell silent and ceased production. Inspired by its story and charm, Prior and his team have set about turning this important piece of Scotch whisky history into a modern day distilling operation with production recommencing last year.

Made from just two exceptional casks of whisky distilled in 1988, the release is limited to just 200 bottles. Initially matured in Oloroso Sherry, the special malt was finished for the last 18 months in Moscatel casks. 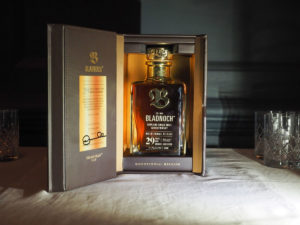 Described by Master Distiller, Ian Macmillan, as “Chestnut gold in colour, our bicentennial release has lovely rich sherry and acacia aromas with notes of dark chocolate, sweet oak and citrus with a long and satisfying finish. This is a fantastic whisky to mark this incredible milestone and I’d say it is best enjoyed shared, and savoured, with friends and family.”

Bottled at cask strength 41.2% ABV, the new malt will be available in select international markets for an RRP of £5,000 per bottle. The release is presented in a luxurious gold and glass bottle with a heavy gold stopper, designed by David Prior.

Commenting on the Bladnoch journey so far, David Prior said: “In the last three years, we have significantly invested in Bladnoch to revive whisky production, as we strive to give Scotland’s most southerly distillery back its true title as the ‘Queen of the Lowlands’. We may be celebrating the 200th anniversary of the distillery, but Bladnoch’s renaissance chapter is only just beginning.”

Bladnoch Unveils Luxe Bicentennial Dram in a Toast to the Future added by Newsroom on March 14, 2018
View all posts by Newsroom →