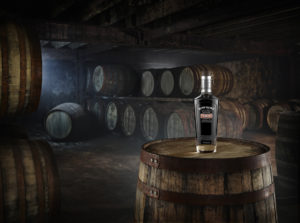 Bowmore said that the whisky “offers elegant bursts of fragrant fruits, sweet bees wax and intense dark chocolate,” as well as, “a touch of jasmine, dried fruit and apricots.”

The whisky is presented in a cabinet made from Scottish oak.

David Turner, Bowmore distillery manager, said: “Bowmore 1965 demonstrates the rewards of our meticulous ageing process and showcases the quality of whiskies coming from our passionate and dedicated distillery team. The 1965 expression comes from a golden era of distillation and adds another fine single malt to the Bowmore portfolio. The latest addition in our 50 year old Vaults series is sure to obtain legendary status among collectors and whisky enthusiasts.”