By Newsroom on June 27, 2018Comments Off on Brochan Oat Vodka Launches to the UK Market 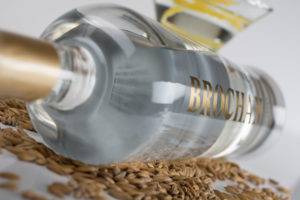 A long forgotten recipe has been brought back to life to produce the UK’s first vodka distilled with Scottish oats and using pure mountain spring mineral water.

The 100% British-made premium quality vodka, named Brochan, has been developed using recipes found in 19th century distiller’s journals, which used oats to sweeten and soften distillates, resulting in what its makers claim to be an “exceptionally smooth spirit designed to be sipped and savoured”.

The brand’s owner, Colonsay Beverages, which also produces Wild Island Botanic Gin and a range of craft beers, believes it is the only producer in the UK making vodka with oats and has found only one other in the world, in Utah, USA.

“For a spirit renowned for its neutrality of flavour, we have been astounded by the rich and creamy spirit that the oats help to produce”, explained head of production at Colonsay Beverages, Chris Nisbet.
“We have been working with Langley Distillery in the Black Country over the past 12 months to finesse the recipe and are delighted with the results. We sourced top quality oats from three East Lothian farms and one grower in the Hebrides, on North Uist, who produces an oat and rye mix.”

The oats are added to the stills along with wheat and a small amount of rye, in keeping with these ancient recipes, to create a triple-grain spirit which is then distilled five times in a mid-1800s refurbished copper pot still.

The initial production of only 1,800 bottles is being carried out by Master Distillers at Langley which has been producing award winning quality spirits under family ownership using the most traditional methods for over 100 years. 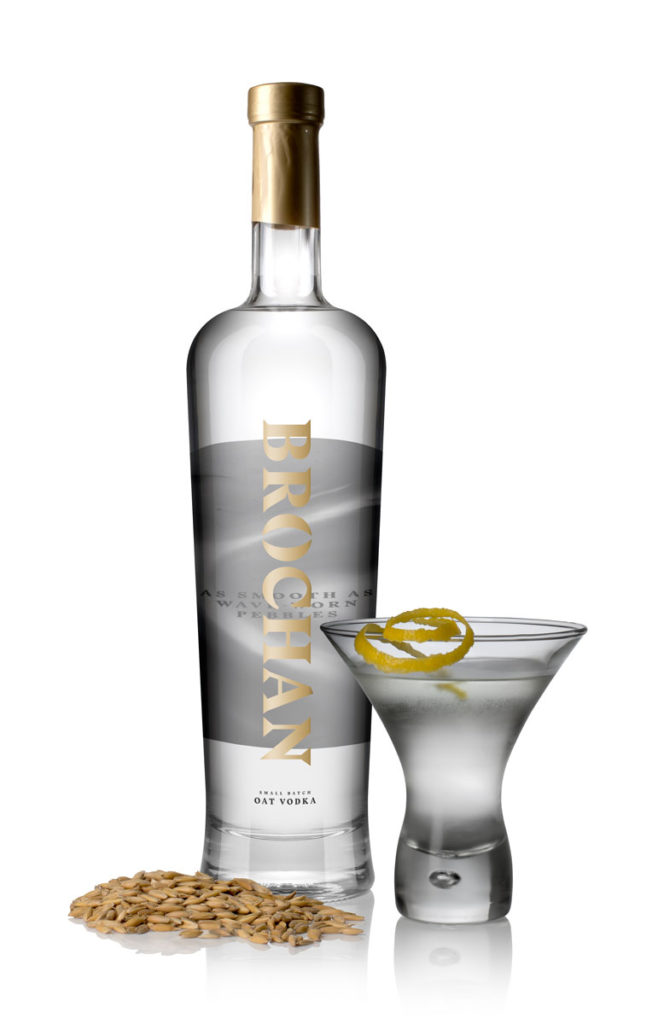 “We began working on the concept well over a year ago with Head Distiller Rob Dorsett and his team. Our goal was to create the smoothest, creamiest vodka on one of the oldest working copper pot stills in the country, inspired by this very traditional recipe. Irish distillers used oats in the early 19th century to soften and sweeten the flavour of pot distilled whiskies and Poitín, while there is evidence that distillers in the UK were also adding the cereal to their distillates for the same purpose. Sadly, oats are not widely used in distilling nowadays due to the relatively poor yielding crop, leading to higher cost, and the fact that it can be a tricky cereal to work with,” said Director and head of sales and marketing at Colonsay Beverages, Keith Bonnington.

“Using golden Scottish oats from farms in the fertile Lowlands and ‘small oats’ from the Hebrides, along with two other grains – wheat for lightness and rye for subtle spiciness – we believe that we have created one of the most perfectly balanced, smoothest sipping vodkas on the market.”

Nisbet, who oversees the company’s Distiller’s Cut range of island distilled gins on the Inner Hebridean Isle of Colonsay, added that the uncompromising focus on quality extended to the ‘cutting’ water they use, sourcing a unique Scottish mountain spring water to compliment the distillate: “The unique water we have sourced flows off the Cairngorm mountains into natural springs which supply a popular Highland Spa town and its unrivalled purity and neutral pH value was tested against other water sources to verify its qualities. The result of going this extra mile is a crisp and clean, delicately flavoured product unlike any other vodka we have tasted.”

The company says it will be using its brand new 250 litre still for recipe experimentation, flavour extensions and to produce seasonal limited release products.

Brochan Oat Vodka is bottled, by the company’s partner bottlers in Glasgow, at a higher than average strength of 43% ABV as the smoothness of the spirit can stand up to the stronger alcohol. At the recommendation of Dorsett, the decision was taken not to extra-filter Brochan – uncommonly for vodka – to allow the creamy, oily texture and oat characters to express themselves. Similarly, the pure water is added without being demineralised to further enhance natural flavour and mouthfeel.

The distinctive label design features a microscopic ‘swirl’ pattern taken from the smoothest wave-worn pebbles gathered on the Colonsay shoreline.

The product will be available to purchase through select specialist wines and spirits retailers as well as high end bars, clubs and restaurants. The recommended retail price (RRP) is £35.00 per 70cl bottle.

Brochan Oat Vodka Launches to the UK Market added by Newsroom on June 27, 2018
View all posts by Newsroom →