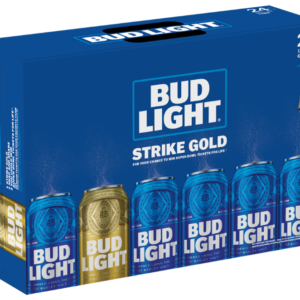 Bud Light is taking a social media-led approach to a classic promotional campaign, as they offer American football fans the chance to win a pair of Super Bowl tickets for the rest of their life as part of the brand’s ‘Strike Gold’ campaign.

From 28 November 2016 to 13 January 2017, the Anheuser-Busch-owned drink brand is pulling its best Willy Wonka impression by placing 37,000 limited edition gold cans in random packs across the US (with the exception of California, where a slightly different campaign is running).

Only one of those gold cans, however, can be cashed in for the prize of up to 51 years of Super Bowl tickets.

Once a gold can is found, customers can enter the sweepstakes by taking a picture with the can, and posting it with the hashtags ‘#SBTix4Life’ and ‘#Sweeps’ on Facebook, Instagram, Twitter or Bud Light’s own website. Consumers in California, meanwhile, must simply take a picture showing their fan spirit and post it to social media with the same hashtags, plus ‘#CA’. 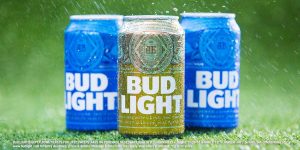 Subsequently, six weekly winners will win a pair of season tickets to their favourite NFL team and the campaign will culminate in one grand prize winner named in January.

Anna Rogers, director of NFL partnerships and strategy at Anheuser-Busch, said: “Social media is an ideal entry mechanism for the Super Bowl Tickets for Life contest, and allows Bud Light drinkers to share the accomplishment of finding a gold can with their friends and followers on social platforms they’re already using every day. Knowing our fans are active on social media and that they consume most of their news on the go, mobile is a critical tool for Bud Light and gives us the ability to produce difference experiences for fans on one consistent platform.” 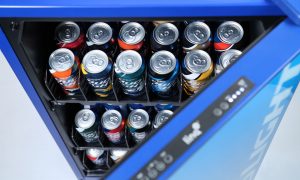 The NFL and Bud Light have a long relationship, growing out of TV and increasingly into digital. To mark the start of the 2015 season, the beer brand launched a smart fridge that sends a notification in the run-up to an NFL game if the beer inside is running low. Budweiser also was among the brands which paid a reported seven-figure sum for sponsorship of Snapchat’s Live Stories coverage of the 2015 Super Bowl.