By Newsroom on January 31, 2017Comments Off on Budweiser Brings The American Dream To The Big Screen For Super Bowl LI

Budweiser, no stranger to the Super Bowl, will use its coveted minute of advertising airtime to celebrate the American dream – a central theme for the brand in 2017. To officially kick-off its yearlong campaign, the brand is premiering a cinematic piece of film titled, “Born the Hard Way,” telling Budweiser’s storied history of inception in the mid-1800’s. 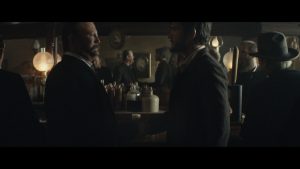 Budweiser believes freedom and the pursuit of the American dream are nothing without ambition — something the brand has believed throughout its 141-year history directly dating back to company co-founder Adolphus Busch. The visceral piece of cinematography by creative agency Anomaly, brings viewers along for the journey as Adolphus Busch sets out to defeat the odds by traveling to America eventually destined to become the largest brewer in the world. The story is one of commitment, passion and never giving up or backing down.

“This story celebrates Adolphus Busch’s American dream and the bold vision to brew the best beer in the world,” said Peter Kraemer, Budweiser’s fifth generation master brewer. “While everyone knows Budweiser, they don’t necessarily know our story and how we came to be brewed the hard way.”

Ricardo Marques, Vice President of Budweiser, added: “This commercial shows the start of Budweiser’s journey, and while it is set in the 1800’s, it’s a story we believe will resonate with today’s entrepreneurial generation – those who continue strive for their dreams.” 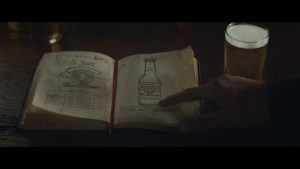 Since Budweiser’s first Super Bowl debut in 1975, the game day mainstay has aired over 100 pieces of creative, with each Super Bowl offering a unique opportunity to bring the brand’s point of view to life.

Super Bowl LI marks the 28th year that Budweiser has been the exclusive beer category advertiser of the Super Bowl and Anheuser Busch’s 42nd year advertising in the game.

“When Budweiser told us they wanted to celebrate those who embody the American spirit, we realized the ultimate story lived within their own brand history,” said Anomaly Global Chief Creative Officer, Mike Byrne. “Adolphus Busch is the hero of the Anheuser-Busch American dream story, which makes him the perfect protagonist.” 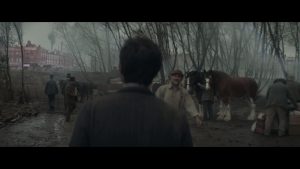 Building on previous campaigns, Budweiser is continuing to hone its bold tone and rightful role in culture, tapping Super Bowl LI as the official kick-off of its year-long ambition-inspired platform. Throughout 2017, Budweiser will celebrate those who live life on their own terms and never back down.

“Adolphus would be proud to know we are continuing to celebrate his legacy and his relentless pursuit to create the most iconic beer brand in the world,” said Steven Busch great-great-grandson of founder, Adolphus Busch. “It’s an honour to follow in his footsteps in the beer business. He lived the American dream and his perseverance, hard work and unwavering commitment to quality laid the foundation for the success of Budweiser and this great company.”

Budweiser Brings The American Dream To The Big Screen For Super Bowl LI added by Newsroom on January 31, 2017
View all posts by Newsroom →