Considered “the most impressive musician in the world” by Miles Davis, Hermeto Pascoal recorded in studio new songs in the style of someone who “was born music”. 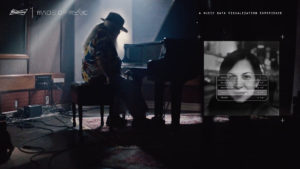 And inspired in Hermeto’s singular experimentalism – he’s known for even producing some of his instruments, when he doesn’t use his own body as one – agency Africa developed for Budweiser, in partnership with Festival Brasileiro de Música Contemporânea, an action that goes beyond the recording of songs.

Called “Made of Music”, the project translates the musician’s distinctive tunes and rhythms in code language to then convert them in graphics and visual shapes. In the action’s website, fans can send their photos and see them “transformed” by Hermeto’s music, selecting his favourite instrument: either piano, accordion, flute and even a glass of water. 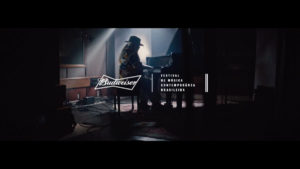 The union of the visitor’s photo with the music produced by Hermeto generates an exclusive and personalised image, connecting the artist’s genius with the intelligence in data design. All of it to create a unique, interactive and sensorial experience.

Besides being able to share the result in social networks, some special editions of the album will be sent to the most experimental musicians in the world.