By Newsroom on May 16, 2014Comments Off on Budweiser’s Patriotic Packaging Returns: Military Families Set to Benefit from Sales 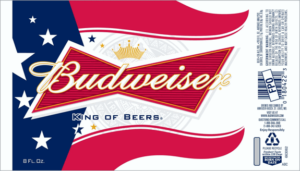 Just in time for the Memorial Day holiday and summer barbecue season, the ever-popular, limited-edition red, white and blue Budweiser cans and bottles have arrived on shelves. This year marks an even larger commitment to helping military families—with Budweiser and its wholesaler family donating more than $3 million dollars to the Folds of Honor Foundation.

Now through August 15, beer drinkers can enter a code contained inside specially marked packages of Budweiser on Budweiser.com/donate to trigger a $1 donation to Folds of Honor, accounting for up to $1 million combined with wholesaler contributions for a more than $3 million total donation to Folds of Honor in 2014. With each educational scholarship valued at $5,000, Budweiser and its wholesaler network’s estimated more than $3 million donation will provide more than 600 scholarships to families of soldiers killed or disabled in action.

Since first partnering with Folds of Honor Foundation in 2010, Budweiser and its wholesalers have raised nearly $10 million for military families, accounting for thousands of scholarships across the country.

“The most important thing we as Americans can do is let military families know we haven’t forgotten the sacrifices they and their loved ones have made for our freedom,” said Major Dan Rooney, founder, Folds of Honor Foundation. “Thanks to the longstanding commitment of Budweiser and its network of wholesalers, thousands of people have been able to pursue their dreams and recognize achievements that may have before seemed impossible.”

Budweiser, with the help of its wholesalers, also plans to honor this year’s recipients with a series of personal scholarship deliveries via the world-famous Budweiser Clydesdales, beginning at the Patriot Cup golf tournament in Tulsa, Okla. over Memorial Day weekend, continuing on to San Diego, Calif., on Saturday, June 21, and then making their way across the country until they arrive at New Jersey’s Liberty Landing Marina for a special ceremony on Friday, July 4. The Budweiser Clydesdales will also help Anheuser-Busch honor military veterans at the 115th VFW National Convention, taking place in Budweiser’s hometown of St. Louis, Mo., on July 22. 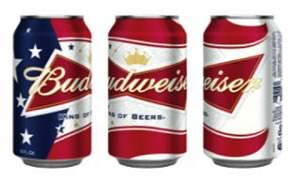 Coupled with its donation to Folds of Honor, Budweiser is encouraging the rest of the country to join in supporting military families with a series of Charitybuzz.com auctions. By visiting the Folds of Honor page here, bids can be placed on a number of exclusive experiences from Budweiser, including a go-cart race with Kevin Harvick, a foursome at TPC Sawgrass and tickets to such events as the MLB All-Star Game, Super Bowl XLIX, the Budweiser Made in America Music Festival and the 2015 Daytona 500.

“Budweiser celebrates America and our military every single day, but this summer is especially important as we welcome thousands of troops home from overseas,” said Brian Perkins, vice president, Budweiser. “Our ultimate goal is to make it possible for everyone to say thank you, whether it’s by triggering a donation to Folds of Honor with a case of Budweiser, bidding on an auction item, or attending an event with the Budweiser Clydesdales. The sacrifices made by our military and their families are deserving of a nationwide salute.”

Budweiser’s Patriotic Packaging Returns: Military Families Set to Benefit from Sales added by Newsroom on May 16, 2014
View all posts by Newsroom →