By Newsroom on October 11, 2018Comments Off on Burger King in Argentina is Giving ‘Bad Luck’ Redheads a Break

In Argentina, redheads are considered ‘mufa,’ or bad luck. Considering there are not many of them in the South American country, roughly less than 2%, they are not very welcomed by the general population. But Burger King is trying to change that.

The superstition is publicly unkind to gingers – when a man sees a redhead, he must immediately touch his left testicle to counter any curse. Women must touch their left breast. Burger King is trying to counteract this harmful misconception by offering redheads an exclusive benefit – free burgers for them and a friend. 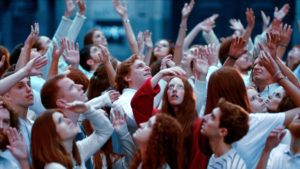 What makes Burger King sandwiches unique is their flame-grilled patties. Fire is a key component of the burgers’ DNA and their unmistakable taste. So, how could the brand possibly ignore the fiery folks who carry flames in their hair?

To put an end to the absurdly unjustified burden that redheads bear, Burger King, with the help of David Buenos Aires, launched a campaign offering all redheads who order Whopper Combo gets a free one for them to share with whomever they choose.

A video highlights both the absurd superstition, with various gingers talking about the grief they have received, even going so far as to call out the people who they see touching their various body parts when they pass, and stating the fire-themed names they’re often called.

The spot then goes on to show solidarity between the chain and the redheads. The scene goes from locks of red hair flying in the air to a similar shot of flames lapping at a grill, and the call by Burger King of its “Flame Squad” with the solidarity phrase of, “our flame grills are on your side.”

The ad ends with a redheaded and ginger bearded man stating: “Grab your left one now, blondie.”

Burger King in Argentina is Giving ‘Bad Luck’ Redheads a Break added by Newsroom on October 11, 2018
View all posts by Newsroom →