By Newsroom on October 7, 2013Comments Off on Cadbury Fails to Trademark Dairy Milk Purple 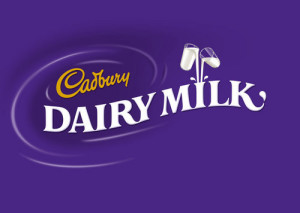 Cadbury’s battle to trademark a specific colour of purple used across its chocolate range has been unsuccessful after a judge ruled that there was a lack of “clarity, precision, self-containment, durability and objectivity” to qualify for registration.

Cadbury said that it was “disappointed” but has not ruled out an appeal.

The decision comes after rival Nestlé challenged a previous judgment would have prevented other manufacturers from using the specific colour – Pantone 2685C.

Despite Cadbury’s claims that trademarking Pantone 2685C would not give it an unfair competitive advantage over other chocolate manufacturers, a judge ruled otherwise.

“To allow a registration so lacking in specificity, clarity and precision of visual appearance would offend against the principle of certainty,” said Judge Sir John Mummery.

“It would also offend against the principle of fairness by giving a competitive advantage to Cadbury and by putting Nestlé and its other competitors at a disadvantage.”

The ruling added that Cadbury was attempting to register “multiple signs”, involving using the purple shade in many different graphical permutations rather than a single, consistently presented block of colour.

A Cadbury Spokesman told The Drum: “We are disappointed by this latest decision but it’s important to point out that it does not affect our long held right to protect our distinctive colour purple from others seeking to pass off their products as Cadbury chocolate.

“Our colour purple has been linked with Cadbury for a century and the British public has grown up understanding its link with our chocolate. We are studying this particular ruling and will consider our next steps which includes the possibility of an appeal.”

A spokesperson for Nestlé said: “We welcome the Court of Appeal’s decision to uphold Nestlé’s objection against Mondelez’s proposal to trade mark its Dairy Milk “Purple” colour across a broad range of products. We believe this was the right outcome from a legal perspective.” 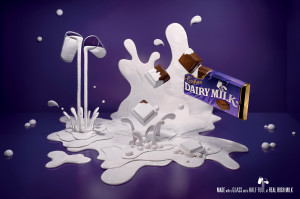 “The Court of Appeal has not said that Cadbury having a trade mark for the colour purple would be wrong in principle but has rejected it based on the way that the purple trade mark was expressed – being the predominant colour of the packaging not the whole colour,” she said.

“The decision could be viewed as adding a further hurdle to the registration of colour trade marks – both the lower Courts had concluded it was not enough to block the registration. Many single colour trade marks have been approved by the UK and EU Registries with no description as to how the colour would be used. Arguably, adding an indication about the use of the mark makes the scope of the mark more certain than these registrations but the current outcome appears to be that Cadbury might have been better saying less rather than more.”

Cook ended by saying that what is certain is that Cadbury will seek to appeal.