By Newsroom on November 27, 2013Comments Off on Captain Morgan Adopts ‘Cola’ Gator For Florida’s Big Game 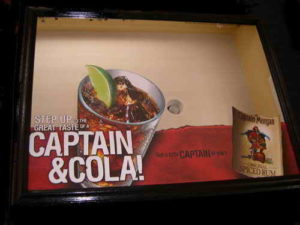 A heated sports rivalry is a cause for tailgates, touchdown dances and raising a Captain Morgan Spiced Rum and cola with friends. To heighten the excitement this season and to ensure responsible decision-making while enjoying a good game, Captain Morgan, the most famous privateer of all time, will officially adopt a live, pet alligator named Cola.

“Dogs are too traditional, I don’t do cats, and let’s be honest, parrots are bit cliche,” said Morgan.

“Every Captain needs a Cola, and I found mine right here in Gainesville. He has a badass personality and is looking for support for all of his gator friends both on and off the swamp.”

The Captain Morgan brand is encouraging consumers 21 and older to celebrate with Captain & Cola by capturing a picture of the duo and utilizing the hashtag #CaptainAndCola on social media properties (e.g., Twitter, Instagram, etc.) throughout the weekend. 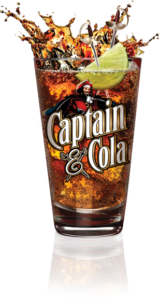 For every #CaptainAndCola captured, the rum brand will donate $1 to the Crocodile Specialist Group up to $5,000, a worldwide network of biologists, wildlife managers and independent researchers committed to the ongoing preservation and protection of alligators and crocodiles throughout the world.

Born and raised at St. Augustine’s Alligator Farm and Zoological Park, Cola will join Captain Morgan in Gainesville, FL this Saturday, November 30th for the kick-off. Captain and Cola will be touring the greater Gainesville area on Saturday morning beginning at 10:00am and throughout the much-anticipated game.

“There is no better pairing than Captain & Cola,” Morgan continued. “I’m looking forward to taking him out on the town this weekend to show Gainesville what true friendship is all about.”

With all eyes centered on Gainesville this weekend, Captain Morgan reminds adult consumers everywhere to embrace adventure, celebrate each victory and raise your glass of Captain & Cola – always in moderation!