By Newsroom on November 9, 2015Comments Off on Carling Returns to TV Sponsorship with Dave Deal 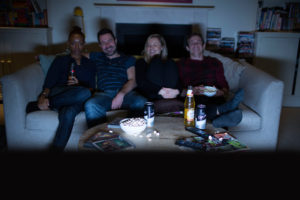 Carling announced a new TV sponsorship deal with UKTV channel Dave. Launching in November 2015, the partnership will run until December 2016 and means that Carling has a presence on TV every day in 2016. The 14 month sponsorship represents the longest stand-alone partnership between a beer brand and Dave.

Carling’s sponsorship of the ‘Character’s on Dave’ programming strand will feature around programmes including: QI, Dave Gorman Modern Life is Goodish, Taskmaster, Have I Got News For You and Mock the Week.

The advertising will support the entire Carling portfolio and feature 10 second edits of popular Carling adverts including Office Escape, Catch and Trick Shot. This will be followed in the early part of 2016 by brand new content featuring the Carling duo, Dylan & Jon.

Jim Shearer, Carling Brand Director at Molson Coors, says: “Dave’s focus on screening original and exciting entertainment programmes, combined with its regular viewing audience, closely aligns to our target market and our ambitions for the Carling brand. The sponsorship agreement with Dave will play a key part in our strategy to build a brand that can deliver value to the beer category beyond price and drive long term sustainable growth of the familiar favourite lager category. We hope the continued investment in the health of the Carling brand will result in a stronger category which drives sales for our customers and excites consumers.”

Rob Ramsey, Partnership Leader 4 at Channel 4 says: “Carling and Characters on Dave is sure to be a great partnership offering a consistent presence in an environment featuring some of the most loved entertainment formats on British TV.”

Carling Returns to TV Sponsorship with Dave Deal added by Newsroom on November 9, 2015
View all posts by Newsroom →