By Newsroom on August 19, 2014Comments Off on Carlsberg celebrates Barclays Premier League Partnership with ‘Take Your Seats’ Film

“Carlsberg’s continued sponsorship of this league is a great asset for the Carlsberg brand and continues to cement its position as the beer of football,” says Mike Thompson, Marketing Director, Carlsberg Group. “The film ‘Take your seats’ embodies the excitement every fan feels ahead of the upcoming season.” 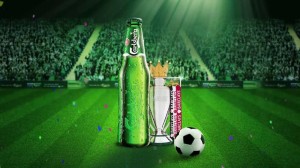 Through this film, great once-in-a-lifetime  moments can be relived by football fans. The film shows last-minute goals and dream debuts, plus flashes of inspiration. Some examples are David Beckham’s half-way line wonder goal and Gabby Agbonlahor’s second-half hat-trick.

The Carlsberg brand has a long association with football and the partnership with the Barclays Premier League provides a unique platform with which to connect with consumers and football fans around the world and drive greater engagement with the Carlsberg brand.