By Newsroom on March 23, 2016Comments Off on Carlsberg Creates Pop-up Bar Made from Real Chocolate in Latest Stunt

Carlsberg revealed its biggest idea yet – a pop-up bar in London made entirely from chocolate. The pop-up, entitled If Carlsberg Did Chocolate Bars, appeared as a giant bar of chocolate affixed to the wall of the Truman Brewery in Shoreditch. 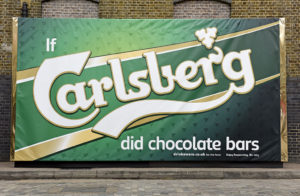 At 12pm on March 23, Carlsberg unwrapped the foil on the front of the bar to unveil a fully functioning, three-metre-deep pop-up bar, which was specially commissioned ahead of the Easter bank holiday weekend. 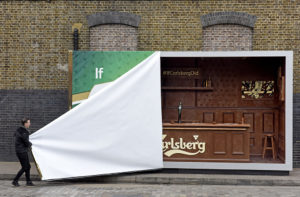 Members of the public were invited to help themselves to a complimentary half-pint of ice-cold Carlsberg, served in a bespoke Carlsberg-engraved milk chocolate glass.

Dharmesh Rana, Senior Brand Manager at Carlsberg UK, said: “Easter is a big beer-drinking occasion for our consumers and this year, we wanted to do something a bit different. We knew that the British public love beer and chocolate, so we’re delighted to bring them together to create probably the best bar there could be. We pride ourselves on turning the ordinary into the extraordinary, and by creating a world-first chocolate bar, we feel that we’ve done just that.” 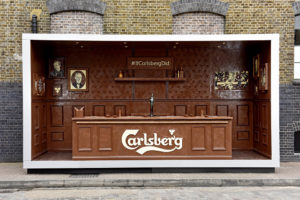 Chocolate sculptor and food artist Prudence Staite, whose work includes a life size replica of Winston Churchill made entirely out of bread, worked with the brand to design the bar, with production taking a total of three months.

In total, nearly half a tonne of chocolate was required to construct the bar, and, naturally, it was entirely edible.

If Carlsberg Did Chocolate Bars is the latest in the If Carlsberg Did series and follows on from a beer-dispensing poster in 2015 and a pimped-out shopping trolley which appeared in ASDA Clapham Junction in January. 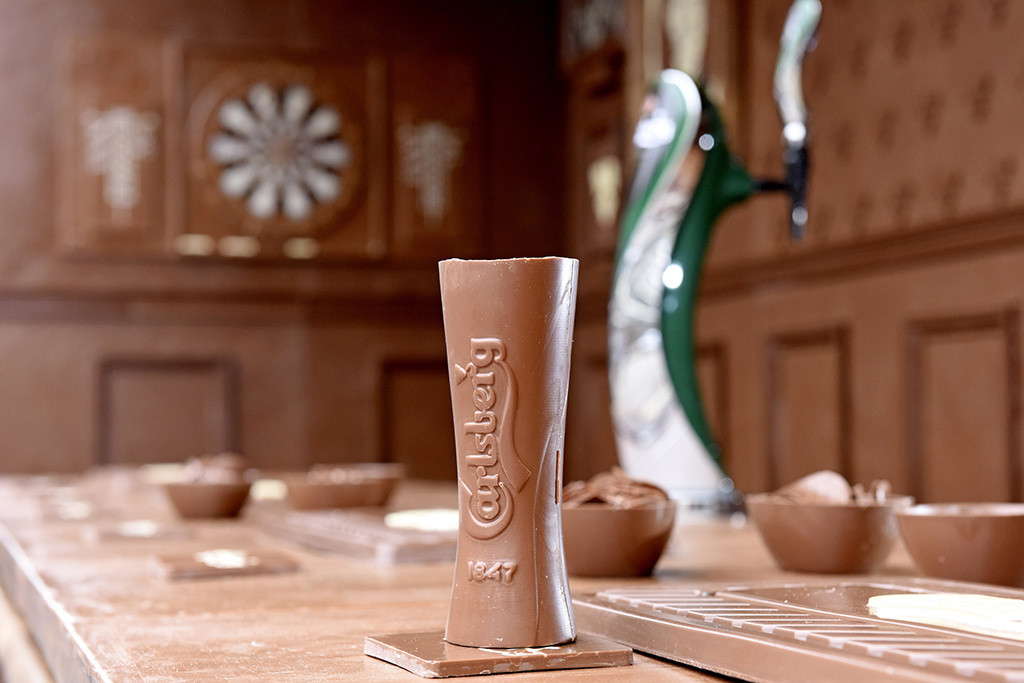 Carlsberg Creates Pop-up Bar Made from Real Chocolate in Latest Stunt added by Newsroom on March 23, 2016
View all posts by Newsroom →