By Newsroom on March 2, 2016Comments Off on Carlsberg & F2 Freestylers Recreate the Best UEFA EURO Goals in New Push

Van Basten in ‘88, Brolin in ‘92, Shearer in ‘96, Zlatan in 2012 – UEFA EURO tournaments have delivered probably some of the best ever moments of footballing history.

Now with just 100 days to go until kick-off of UEFA EURO 2016, Carlsberg, the Official Beer of the Tournament has teamed up with the football freestyling duo and YouTube sensation – The F2 Freestylers – to recreate probably the best ten EURO moments from the past 40 years.

In a ten episode mini-series, Carlsberg and the F2 Freestylers pay homage to great goals and moments of footballing brilliance from matches including Netherlands vs. Soviet Union in 1988, Sweden vs England in 1992, Czech Republic vs. Portugal in 1996 and France vs. Portugal in 2000; add their commentary on what makes these probably some of the greatest in history and attempt to emulate each one move for move. 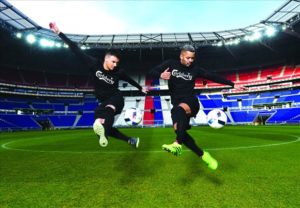 Replays of the action are seen through ‘Carlsberg Cam’ – filmed with a drone and cameras fixed to the F2 Freestylers, giving an entirely new perspective on these iconic footballing moments and bringing fans closer to what makes them probably some of the best in the world.

The 10 episodes will be released one by one for ten weeks from March 2, 2016 on Carlsberg’s new football hub, Carlsberg.Football, and Carlsberg’s Facebook and Twitter feeds, with each episode also offering global football fans the chance to win probably the world’s best competition – tickets for them and their mate to the Semi Final at the Stade de Lyon as well as the chance to play on the same pitch the following day with legendary players from past EURO tournaments.

Billy Wingrove of the F2 Freestylers: “The Euro always delivers great football moments and whilst the pro’ players make it look easy, recreating them touch for touch is anything but. It’s lucky that we love a challenge! We can’t wait to see what unbelievable moves come out of Euro 2016 so with these recreations we’re hoping to inspire fans around the world to enter Carlsberg’s competition and take their chance to create their own moment of football history on pitch at the Stade de Lyon.” 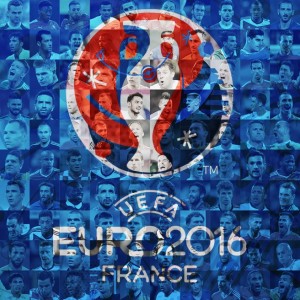 Mikkel Pilemand, VP Core Beer, Carlsberg Group: “This is the biggest UEFA EURO ever and should be the best UEFA EURO for the fans. Carlsberg is about doing it better for the fans, and activating against our biggest investment of 2016 is a big priority for the brand. The tournament is not just a major event in Europe but in most of Carlsberg’s markets. We expect additional sales, not only in France but also in many other markets around the world that will engage with the tournament, including several big Asian countries. “

Richard Whitty, Senior Marketing Manager, Football at Carlsberg Group: “Amongst many activations we offer fans a unique once in a lifetime experience via the ‘Play On Pitch’ competition with the F2 Freestylers which launches on March 2nd with 100 days to go until the tournament’s kick off. We will also launch a brand-new ‘If Carlsberg did…’ commercial paying homage to the unique culture of the host nation in true Carlsberg-style. Finally, the campaign will engage fans through digital channels in what is probably the most ambitious digital campaign from Carlsberg during any tournament.”

In line with its commitment to promote responsible consumption and to help fans celebrate responsibly, Carlsberg intends to run a number of awareness activities that encourages fans to enjoy its beers responsibly. Activities will take place within the fan zones in France and other markets.