By Newsroom on June 19, 2015Comments Off on Carlsberg Launching a Line of Men’s Grooming Products Made with Beer

Men really like their beer, including Denmark-brewed Carlsberg, which controls over 8 percent of the global beer market. The question is: Do men like Carlsberg enough to wash their hair with it?

That’s a key question in light of today’s launch of Carlsberg Beer Beauty, a line of men’s grooming products that includes shampoo, conditioner and body lotion. Crispin Porter + Bogusky Copenhagen took the project from concept to execution. Unlike some brand extensions that merely carry the name of the popular parent company, Carlsberg shampoo really has Carlsberg beer in it: a half-liter of freeze-dried beer in each 250 ml bottle, in fact. 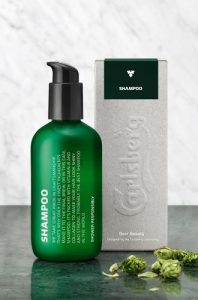 Beauty mavens have known for quite some time that the barley and hops in beer—rich in vitamins and proteins—are good for your follicular health. Even the alcohol acts as a cleansing agent. Catherine Zeta-Jones is known to uncap a brewski as part of her grooming ritual.

As to whether men will do this, well, that’s another matter. “European men are certainly more in touch with grooming than they have been in the past,” Jim Daniell, Carlsberg’s international media director, told Adweek, adding that the new gift set is targeted at the continent. 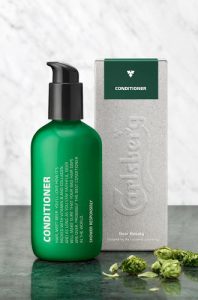 Carlsberg launched its line as a “humorous take on male grooming,” Daniell said, but nevertheless considers it a serious product. “Studies have shown [beer’s] benefits for skin and hair, so this made sense.”

Will it make sense to American dudes? Maybe. A recent survey showed that 54 percent of American men use no personal grooming products at all. That said, American guys are awakening—slowly—to the hair thing. According to data from Euromonitor International, “the proportion of men that care about their grooming rituals beyond the traditional shaving experience is increasing.” Sales of men’s toiletries were up 4 percent last year to $3.4 billion.

But even if the line isn’t successful, said branding consultant Dean Crutchfield of DCA Growth Advisors, it’s still good marketing. “This launch is certainly provocative, and provocation is good for brand building,” he said. “Women typically buy for men, so this makes for a great, fun gift. It will certainly catapult the brand across social media. But as to whether it boosts the brand franchise of Carlsberg is an entirely different beer.”

But who knows? Maybe American guys will eventually get turned on to Carlsberg shampoo and conditioner. “It gives men a beauty line they can relate to,” Daniell said. 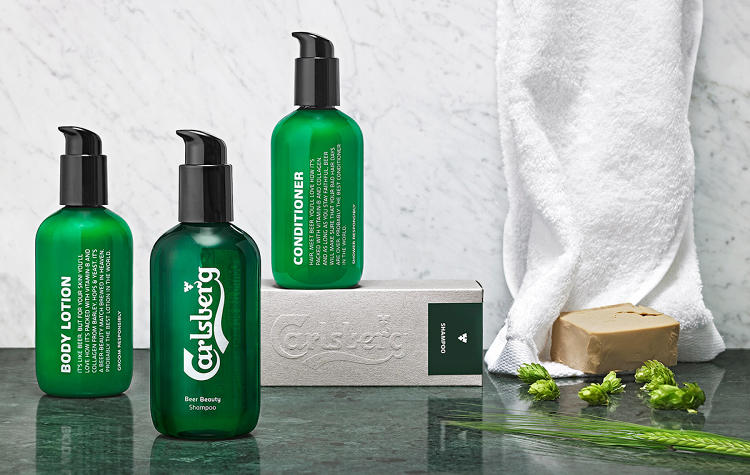 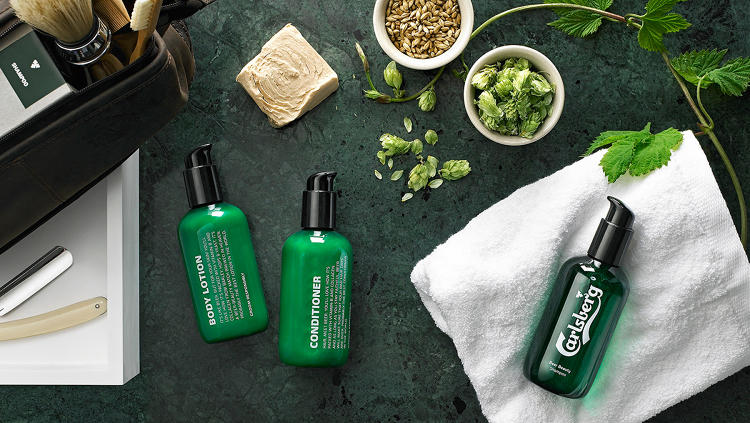 Carlsberg Launching a Line of Men’s Grooming Products Made with Beer added by Newsroom on June 19, 2015
View all posts by Newsroom →