By Newsroom on September 29, 2017Comments Off on Carlton Draught Brings Freshness to Life in New ’46ers’ Ad by Clemenger BBDO Melbourne

In Australia, a fresh keg of Carlton Draught is changed every 46 seconds, making it Australia’s freshest tap beer. This insight led to the development of the ’46ers’ campaign, a celebration in true Carlton Draught style – of the beer’s freshness credentials, complete with a brewery fresh team of five vintage keg changing superstars. 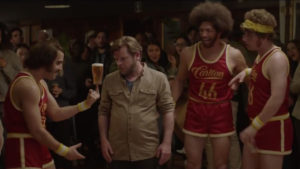 Tim Ovadia, head of classic brands at Carlton United Breweries said: “It says Brewery Fresh on our label and that’s not just marketing puffery, which is exactly what we wanted this campaign to communicate to our drinkers. The fact that in Australia we turn over a keg every 46 seconds means that our beer tastes just like it does straight from the tank at the brewery. Clemenger have done a great job of bringing to life this freshness proof point with classic Carlton Draught humour and irreverence” he said. “I think that our drinkers like the fact that although we’re serious about delivering them fresh draught beer, we don’t take ourselves too seriously as a brand. Communicating rational messages doesn’t need to be boring, if it is, people switch off and you’ve wasted your money.” 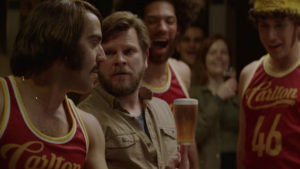 The campaign launched with a 60″ TVC premiering on Channel Seven’s The Front Bar and will run throughout the AFL Grand Final coverage on Saturday, 30th September. Carlton Draught is the official beer of the AFL and this partnership is the longest standing sports sponsorship in the world.

The campaign will also see 90″, 30″, 15″ and 6″ films, off and on premise activity and behind-the-scenes footage from the shoot distributed across Carlton Draught’s social channels.