By Newsroom on July 17, 2015Comments Off on China Replaces US As World’s Largest Ice Cream Market 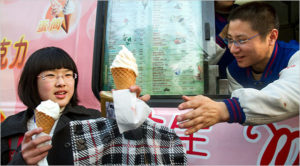 As the US gets set to celebrate national ice cream day this Sunday, new research from Mintel reveals a shift in power in the global ice cream market, with China overtaking US as the world’s biggest ice cream market in 2014 for the first time.

Between 2008 and 2014, the total market value for ice cream sales in China has nearly doubled, soaring by 90% to reach a spectacular $11.4 billion. Meanwhile, the US market has grown at a much slower rate, climbing by 15% over the same period to reach $11.2 billion. 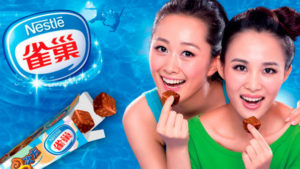 Alex Beckett, Global Food Analyst at Mintel, said: “Rising incomes and an increasingly developed retail infrastructure and cold chain network are driving growth in the ice cream market in China. However, the vast array of locally produced, low-price brands present a challenge for global ice cream giants looking to develop there. China is now the powerhouse of the global ice cream market in terms of overall size, although for per capita consumption, it’s the Americans who tuck into the most ice cream each year. The pace of development, coupled with the immensity of the population, is having an increasing impact on the Chinese ice cream market.”

“But while rising global volumes of ice cream mainly reflect the category’s expansion in emerging regions, ice cream has encountered challenging conditions in more developed markets like Europe and North America. Growth has been dampened by consumer diet concerns, competition from other categories, such as yogurt, and the perennial challenge of unseasonable weather. As the world economy’s centre of gravity continues to shift away from the West, these challenges give ice cream giants all the more reason to extend their presence – and new product development investment – in more emerging economies, particularly in Asia,” Alex continues. 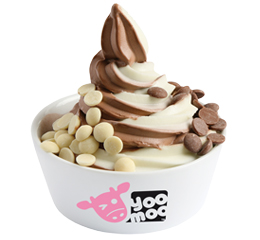 “Having enjoyed huge success in the US, Greek frozen yogurt’s high protein content is resonating among European consumers, although people are also waking up to its often high sugar content too,” adds Alex.

There is a growing global appreciation of individuality and quality-over-quantity appeal in ice cream. In the US, for example, over six in 10 (61%) consumers of frozen treats claim to be willing to spend more on better-quality frozen treats, while 60% of daily eaters believe that local brands are better quality than national brands. Across Europe, there is strong interest in buying ice cream with locally sourced ingredients. In 2014, almost four in 10 ice cream and yogurt consumers in Italy (39%), France (38%) and Poland (38%) agreed that they would be interested in buying ice cream containing locally sourced ingredients. This was followed by a third (33%) in Germany and almost three in ten (28%) in Spain. In addition, 39% of UK consumers agree that ice cream made using authentic production methods, such as handmade or slow churned, appeals – rising to half (51%) of over 65s.

“Handcrafted ice cream, made with a homemade style authenticity, is well positioned to embrace the wider consumer interest in artisan-produced food and drink. Craft has become something of a buzzword in recent years, with everything from alcohol to pasta sauces, pizza and lemonade emphasising their craftsmanship or origin stories on packaging to differentiate the brand from the competition,” Alex concludes.

China Replaces US As World’s Largest Ice Cream Market added by Newsroom on July 17, 2015
View all posts by Newsroom →