By Newsroom on March 7, 2018Comments Off on Coca-Cola Breaks 130-Year-Old Tradition with First Alcoholic Drink 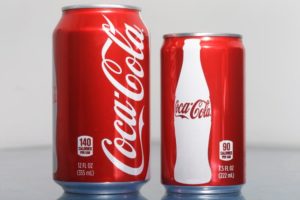 With its iconic red label and secret recipe, it’s been one of the world’s most famous soft drinks for more than a century. Now, however, Coca-Cola is on the brink of a new chapter – with plans to launch its first alcoholic drink.

The company is currently experimenting with the creation of a popular type of Japanese alcopop known as Chu-Hi, containing distilled shochu alcohol mixed with flavoured carbonate water.

The low alcohol canned drink will be launched in Japan, home to a thriving if competitive industry, with countless Chu-Hi flavoured drinks – from kiwi to yuzu – sitting on convenience store shelves across the country.

Confirming the plan in an interview on the company’s website, Jorge Garduño, Coca-Cola’s Japan president, said: “This is a canned drink that includes alcohol; traditionally, it is made with a distilled beverage called shochu and sparkling water, plus some flavouring. We haven’t experimented in the low alcohol category before, but it’s an example of how we continue to explore opportunities outside our core areas.” 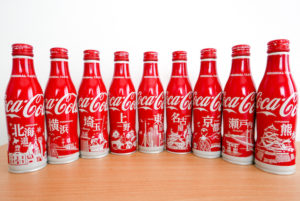 Highlighting how “unique” this venture was for the company, Mr Garduño, who did not specify a timeline for the new product, added: “Coca-Cola has always focused entirely on non-alcoholic beverages, and this is a modest experiment for a specific slice of our market. The Chu-Hi category is found almost exclusively in Japan. Globally, it’s not uncommon for non-alcoholic beverages to be sold in the same system as alcoholic beverages. It makes sense to give this a try in our market.”

The concept of alcoholic Coca-Cola drinks, however, was likely to stay within Japan rather than expand globally, due to the “unique and special” qualities of the Japanese market, he added.

Coca-Cola’s inaugural foray into the world of alcoholic beverages takes place more than 130 years after the original drink was first launched in the US, minus any alcohol in order to circumvent restrictive prohibition laws. 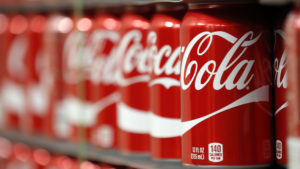 It coincides with shrinking global demand for soft fizzy drinks, due to health concerns relating to sugar consumption, with sports drinks and water emerging as Coca-Cola’s strongest performing beverages.

“Coca-Cola’s move into the alcohol sector is much less surprising than it might first appear. Having announced the launch of such a product in Japan, to ride on the country’s ‘Chu-Hi’ alcopopularity, the iconic soft drinks brand could surely be eyeing up other markets with this so-called ‘modest’ launch,” said James Roles, sales and marketing director at launch specialist agency Five by Five.

“If the product’s actually good and is a success, this could be high time for Coca-Cola to launch similar products in Western markets, especially the UK. As the sugar tax comes into play next month and brands are forced to branch out and experiment, an alcoholic alternative could do wonders for the 130-year-plus institution. It’s already experimented with healthy soft drinks and teas – surely alcohol is the next logical step. UK consumers might not pay hiked-up prices for the same old Coke in a smaller can, but they’ll surely pay for a Coca-Cola branded alcopop.”