By Newsroom on July 3, 2018Comments Off on Coca-Cola Celebrates 50th Anniversary of the Special Olympics with Campaign Starring Athletes

With the Special Olympics USA Games in full swing in Seattle, Coca-Cola is using the opportunity to celebrate the organisation’s 50th birthday with a campaign starring three athletes. 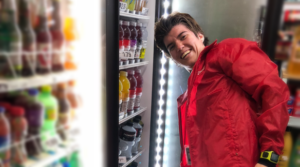 Coca-Cola, which has been a sponsor of the Special Olympics since it was founded in 1968, is spotlighting Katy Wilson, Matthew Wynne and Marcia Barret in the campaign, all of whom are Special Olympics athletes.

Wilson, who has been a Special Olympics gymnast for 32 years and won more than 200 medals and ribbons, stars in two videos for the brand. In one film, Wilson discusses her journey as an athlete and what she has learned along the way. In another, she and her mother talk about why it’s important for her to share her story with others.

Another video features Matthew Wynne, a basketball, softball and soccer player who also serves as a Special Olympics assistant at Coca-Cola. 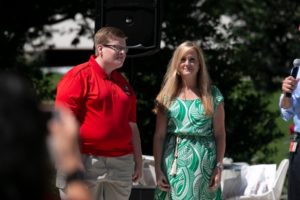 In the film, Wynne talks about what his role at company entails and why it’s important for people with disabilities to be given employment opportunities.

“Employers don’t think that our capabilities are at par with other people,” he says. “But people with disabilities are as capable as other people. If you can actually see what we are capable of, then you might be surprised of what we can do.”

The campaign, which ties into Coca-Cola’s larger #ShareACoke effort, is running on Facebook, Instagram, Twitter and LinkedIn. According to the company, it was produced in-house by The Coca-Cola Company team.

“As a founding partner of Special Olympics, it’s crucial that we embrace individuals with intellectual disabilities in all aspects of our partnership and work,” said Becki Cedrone, director of Coca-Cola North America’s community marketing, in a statement. “We must break the paradigm and think differently when filling positions. Individuals with intellectual disabilities should be given more opportunities.”

Coca-Cola Celebrates 50th Anniversary of the Special Olympics with Campaign Starring Athletes added by Newsroom on July 3, 2018
View all posts by Newsroom →