By Newsroom on October 10, 2013Comments Off on Coca-Cola Creates Special Containers That Bring Drinkable Water To Poor

The Coca-Cola Company announced they will work to bring Ekocenter– a kiosk designed to improve the well-being of communities – to 20 countries by the end of 2015.

The company we will place between 1,500 and 2,000 units in the form of Ekocenters, “downtowns in a box,” or Slingshot water purification systems to deliver further services beyond clean water, in Africa, Asia, Latin America and North America by the end of 2015. 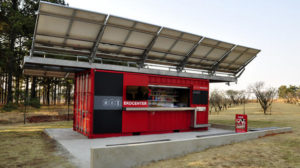 Each Ekocenter will offer a locally tailored mix of products, services and resources that may include safe drinking water, sustainable energy, wireless communications, refrigerated vaccination storage, health education, and other functionality to jump-start entrepreneurship opportunities and community development. Through this commitment, Coca-Cola aim to deliver 500 million liters of safe drinking water, while promoting greater local development in communities that need it most.

Women and entrepreneurs from local communities will be recruited to operate each Ekocenter, creating new opportunities for employment in the communities where the project will be installed and operated.

Entrepreneurs selected to operate the Ekocenters will be given business skills training similar to that provided by Coca-Cola’s 5by20 program, an initiative designed to economically empower 5 million women entrepreneurs across Coca-Cola’s value chain by 2020. 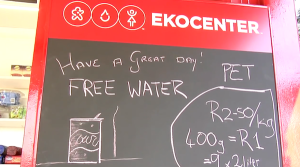 “Ekocenter represents an investment in the future prosperity and progress of some of the most fragile and at-risk communities we serve,” said Muhtar Kent, Chairman and CEO, The Coca-Cola Company. “Through Ekocenter we have the ability to change lives by offering access to safe drinking water and other needed resources, all while empowering local entrepreneurs. What started as an aspiration is now becoming a reality as we welcome our partners across the golden triangle of business, government and civil society to scale and improve this innovation.”

This collaboration is the first step in Coca-Cola’s long-term vision of deploying thousands of Ekocenters globally in the next decade. Currently, one Ekocenter test site has been launched in Heidelberg, South Africa, and there are plans to install one additional pilot by the end of 2013.

Through this cross-sector collaboration, Coca-Cola intends to marry its skills and know-how with that of other industry leaders to optimize and scale the Ekocenter concept. 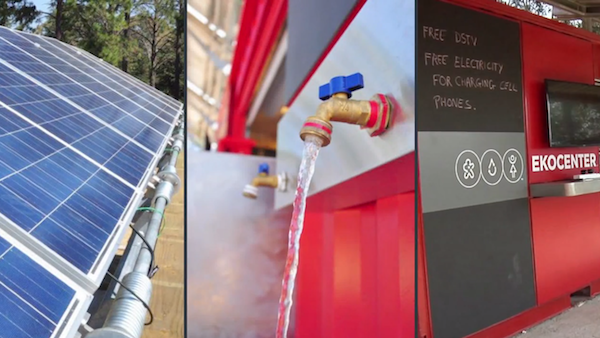 Coca-Cola Creates Special Containers That Bring Drinkable Water To Poor added by Newsroom on October 10, 2013
View all posts by Newsroom →