By Newsroom on November 30, 2015Comments Off on Coca-Cola Likely to Enter Pure Dairy Segment in India 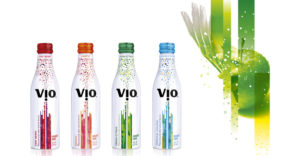 Beverage giants Coca-Cola is working on an ambitious plan for the Indian market — an entry into the pure dairy segment, which will pit it against Amul, Britannia and Nestle. The maker of Thums Up cola and Minute Maid juice plans to introduce its global milk-based beverage brand Vio in India — without any carbonation. “This will be an entirely India innovation,” said an official aware of the development.

“The rollout could happen as early as January next year or by next quarter at the most. The front-end and back-end are being fine-tuned,” said another official aware of Coca-Cola’s plans. Coca-Cola has roped in dairy giant Schreiber Dynamix Dairies for its milk drink, one of the officials said. The plan is to introduce bottled Vio in locally relevant flavours in the first phase.

“We already have an offering in the dairy space — Maaza Milky Delite — which has a presence in select markets. Vio is a global brand and is, therefore, an option available to us. It is too early for us to comment on a possible launch of this brand in India,” a Coca-Cola spokesperson said. 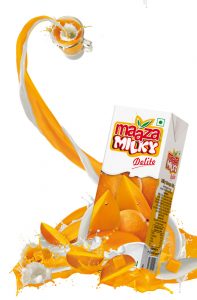 Maaza Milky Delite is made of mango and milk solids. Schreiber Dynamix officials could not be reached for comment.

The company’s customers include Pepsico, Nestle, Britannia and Mother Dairy, according to its website. Coca-Cola’s move to tap the dairy market comes as fizzy drink sales have been struggling with low single-digit growth over at least the past five quarters. While aerated drinks are a Rs 14,000-crore category, they are driven by seasonality and remain an indulgence consumption. Packaged dairy is a Rs 75,000-crore market that’s growing at about 15%. Packaged milk alone contributes as much as Rs 50,000 crore.

Devendra Chawla, group president, food and FMCG, at retailer Future Group, said: “It is worth the challenge because if it works, it can be a game changer for Coca-Cola. Unlike colas, dairy is a traditional, culturally deep-rooted and high-involvement daily consumption category and could bring Coca-Cola into the daily grocery consumption basket, bringing its brands very close to the Indian consumer.”

In the US, Vio is a carbonated, skimmed milk-based beverage. In India, the plan is to introduce it as a flavoured milk drink without carbonation.

Vio, introduced by the beverage giant in 2009 as a carbonated ‘vibrancy’ dairy drink, comes with skimmed milk and flavours such as citrus, peach and berry and is positioned as a drink free of preservatives and fortified with vitamin C. Marketers believe pure dairy could be a huge challenge for a cola maker. 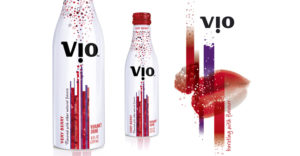 “It could be a DNA challenge for a soft drink company to do dairy, which is not its core business. It’s similar to a non-ayurvedic company getting into Ayurveda,” Chawla said.

Vio isn’t the first milk-based drink from the Coca-Cola deck. Late 2014, it had launched Fairlife in the US, a premium product introduced through a joint venture with dairy farmers and made using a proprietary milk filtering process. The product is relatively new and hasn’t yet found much consumption traction.

Coca-Cola Likely to Enter Pure Dairy Segment in India added by Newsroom on November 30, 2015
View all posts by Newsroom →