By Newsroom on July 17, 2014Comments Off on Coca-Cola Most Popular World Cup Sponsor On Social Media 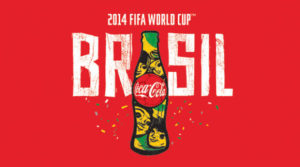 Coca-Cola has become the most successful World Cup sponsor on social media, reaching 85 million Facebook fans and having the most follows on Twitter.

Research carried out as the World Cup drew to a close over the weekend found Coca-Cola’s Facebook fans grew more than any other sponsor during the tournament, up by 2.5 million to 85 million.

Visa grew its fan base by the second-largest amount, followed by Adidas and then McDonald’s.

Coca-Cola was beaten to the most interactions with Facebook fans by the Brazilian bank Itau. Coca-Cola more than over a million interactions. 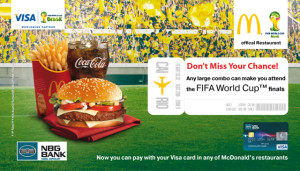 Coca-Cola’s Twitter followers reached nearly 26 million, growing by 70 thousand over the period of the tournament. The brand also had the most Twitter interactions including retweets, replies and favourites.

However, Adidas increased its Twitter follows by the greatest amount, followed by Sony and then Coca-Cola.

The study, compiled by SocialBakers, studied all the World Cup sponsors’ activity on social media.

Coca-Cola Most Popular World Cup Sponsor On Social Media added by Newsroom on July 17, 2014
View all posts by Newsroom →