By Newsroom on November 20, 2015Comments Off on Coca-Cola’s Sweet Ad will Remind You of Your Courtship Days as a Teenager

Coca-Cola has unveiled a sentimental new ad titled ‘Date Night’ that might invoke memories of your own dating experiences as a teenager.

The commercial cleverly unveils a couple’s former dating days through their son’s own courtship, recounting the feelings of young love that many can likely relate to—feeling nervous, trying to impress the girl and that awkward first encounter with your girlfriend’s stern father.

The ad was made by American creative agency CSE. 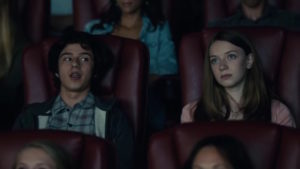 Coca-Cola’s Sweet Ad will Remind You of Your Courtship Days as a Teenager added by Newsroom on November 20, 2015
View all posts by Newsroom →