By Newsroom on November 18, 2016Comments Off on Corona and Leo Burnett Mexico Help Unite Mexico and US Soccer Teams Following Viral Success of ‘The Wall’

Recently Corona teamed with Leo Burnett Mexico to release a new campaign called “The Wall”, which has since gone viral with nearly 5 million shares on Facebook, over 3 million views on YouTube and Twitter and thousands of positive comments on a highly controversial topic where the rhetoric is normally negative.

As the campaign continues to go viral, its positive impact has made its way up to America, where players from both the US and Mexican national soccer teams came together for a photo that served as a symbolic gesture and act of solidarity using the hashtag #AbrazadosPorElFutbol (Hugged by football) that quickly went viral on social media.

The Wall and the is a part of Corona’s overarching “Desfronterizate” campaign.

“Desfronterizate” is a new word that Corona and Leo Burnett created and is not found in the Spanish dictionary but can be understood in English as “break your barriers.” 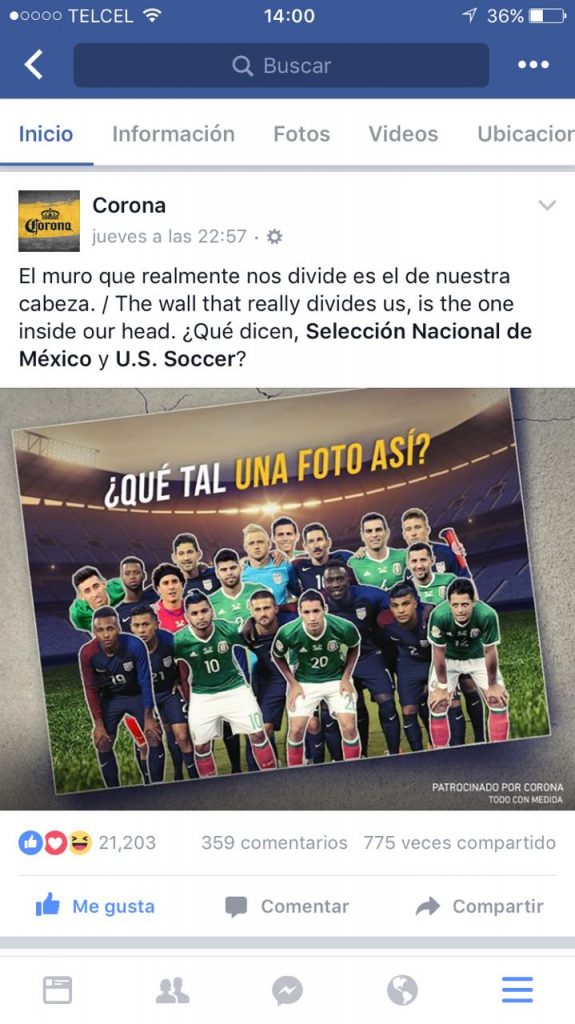 Corona and Leo Burnett Mexico Help Unite Mexico and US Soccer Teams Following Viral Success of ‘The Wall’ added by Newsroom on November 18, 2016
View all posts by Newsroom →