By Newsroom on December 19, 2014Comments Off on CP+B Copenhagen Attempts to Reach ‘Creative Peak’ Alcohol Level With Handcrafted IPA 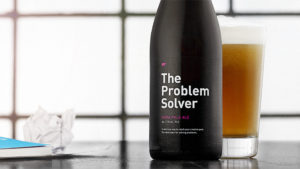 It is no secret that many of the world’s most ingenious inventions have started their life as thoughts and ideas exchanged over beer. Recent scientific studies have substantiated what was by many, often discarded as a myth.

Professor Jennifer Wiley and her team at the University of Illinois at Chicago have proven that when reaching an alcohol level of 0.075%, the average man produces the most creative thinking. This is known as the creative peak, and is considered the ideal state for problem solving, inventing and general “out of the box” thinking. 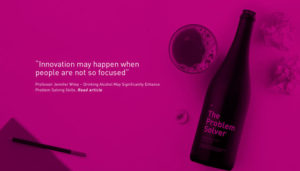 More than 4,000 miles from Chicago, creative advertising agency CP+B Copenhagen has taken this research to the next level. As a firm believer in the fact that creative thinking can solve any problem, the agency has engineered a beer that enables the average person to reach the desired 0.75%. 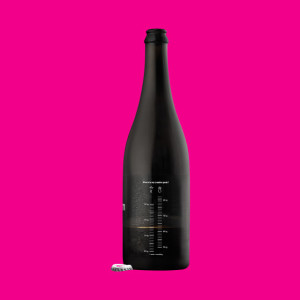 The Problem Solver is a handcrafted IPA brewed to tickle taste buds and brain cells with a bottle indicator which makes is easy to find your creative peak. Drink the amount that fits your weight to make sure you hit the magical 0.075%. But a note of caution: Enjoying the right amount will enhance your creative thinking. Drinking more will probably do exactly the opposite.

The Problem Solver is currently served during after-hours workshops at the agency, at a local Copenhagen beer store and at a new initiative called “The Problem Solvers” in which community and charity groups are invited to the agency to brainstorm ideas over a beer.