Craft Spirits Account for One in Seven Global Spirit Launches

By Newsroom on June 1, 2016Comments Off on Craft Spirits Account for One in Seven Global Spirit Launches 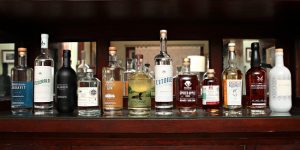 Whilst craft beer has taken the world by storm, today there is a new drink taking a shot at global popularity – craft spirits. Indeed, new research from Mintel reveals that spirits positioned as “craft” have so far accounted for one in seven (15%) new global spirit launches to date in 2016, up from just one in 20 (5%) in 2011.

Overall, research from Mintel GNPD (Global New Products Database) reveals craft spirit launches increased by 265% globally between 2011 and 2015 and it seems that it is the US who have been driving the craze. Of all craft spirits launched in this time, half (49%) have been in the US and 42% in Europe, compared to just 4% in Latin America and 3% in Asia Pacific.

And it seems the surge in launches of craft spirits is backed globally by strong consumer demand for artisanal alcoholic beverages. Over half (55%) of US alcohol drinkers agree that craft alcohol brands are of higher quality than big brands and demand is mirrored across Europe too. Around half of consumers in France (55%), Italy (53%), Germany (50%) and Poland (46%) agree that spirits from small/craft distillers are more appealing than large, mass-produced brands. Whilst in the UK, 37% of dark spirits/liqueur drinkers are prepared to pay more for craft variants.

Jonny Forsyth, Global Drinks Analyst at Mintel, said: “Craft spirit launches are growing at a rapid pace and will continue to rise in more mature markets – particularly the US – as consumers continually seek out ‘special’ offerings. Despite being a relatively small sector of the market, craft spirits are growing in response to the huge consumer-led demand for more authentic, more distinctive, more local, less processed and more interesting spirit brands.” 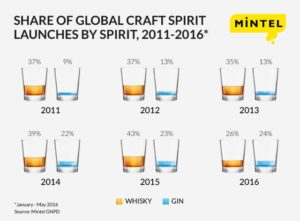 “For craft producers, gin has the advantage of taking days rather than years to produce, unlike whisky. Therefore as start-ups seek to balance production of more nuanced spirits with the commercial realities, gin is an appealing choice,” Jonny adds.

Furthermore, Mintel research indicates that almost half (46%) of German Millennial spirits buyers say “high quality” is an important factor influencing their purchase intention, up from 35% in 2013.

“Millennials are a driving force behind the growth of craft spirits, having taken their ‘creative’ and ‘unique’ ethos into their spirits-buying habits. Rather than wanting to affiliate themselves with bigger brands, Millennials often seek to define themselves by more niche, higher quality brands with a quirky backstory; and ideally, they are brands their peers have not even heard of,” Jonny continues. 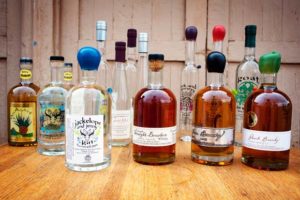 As craft spirits gain traction, they are increasingly venturing into flavoured territory, particularly in the US market. Almost half (47%) of the craft spirits launched in the US in 2016 are flavoured, up from one fifth (21%) in 2015. Indeed flavour remains a key driver in spirit choice in the US, with 41% of US white spirit drinkers looking for a flavour that they like when choosing white spirits, while fruit (36%) and sweetened (34%) top the list of flavours US dark spirit drinkers are currently consuming.

Although flavoured spirits aren’t as established in Europe, consumers still show an interest in these drinks. Around one fifth (23%) of consumers in Poland agree that spirits with added flavour are worth paying more for, followed by 19% in Spain, 18% in Germany and 18% in Italy.

“Traditionally, many craft distillers have stayed away from flavouring spirits as this is seen as less premium. However, with flavour a key driver for spirits drinkers in many countries, craft innovators are now seeking to use more premium, nuanced and naturally flavoured innovation. This is a route that craft brewers have previously followed,” Jonny concludes.

Craft Spirits Account for One in Seven Global Spirit Launches added by Newsroom on June 1, 2016
View all posts by Newsroom →