By Newsroom on February 9, 2016Comments Off on Dairy Australia Creates a Splash in Refreshing & Legendairy New Push

The first of a series zeroing in on hero dairy products, the campaign follows seemingly ordinary characters with extraordinary jobs – made possible thanks to the amazing benefits of Australian dairy.

The latest creative is a fresh approach from Dairy Australia for its successful Legendairy platform, which was established in 2013 to help promote Australia’s dairy industry.

Kicking off the campaign is the endearing character of Deb, who takes her rigorous training and commitment to the ‘job’ seriously, training in her lounge room, backyard and even bathroom.

Together with her supportive trainer, mentor and nutrition-adviser husband Gary, viewers find out what it takes to excel in the waterslide testing field, and the integral role milk plays in rehydration and repairing her tired muscles after a tough day’s work. 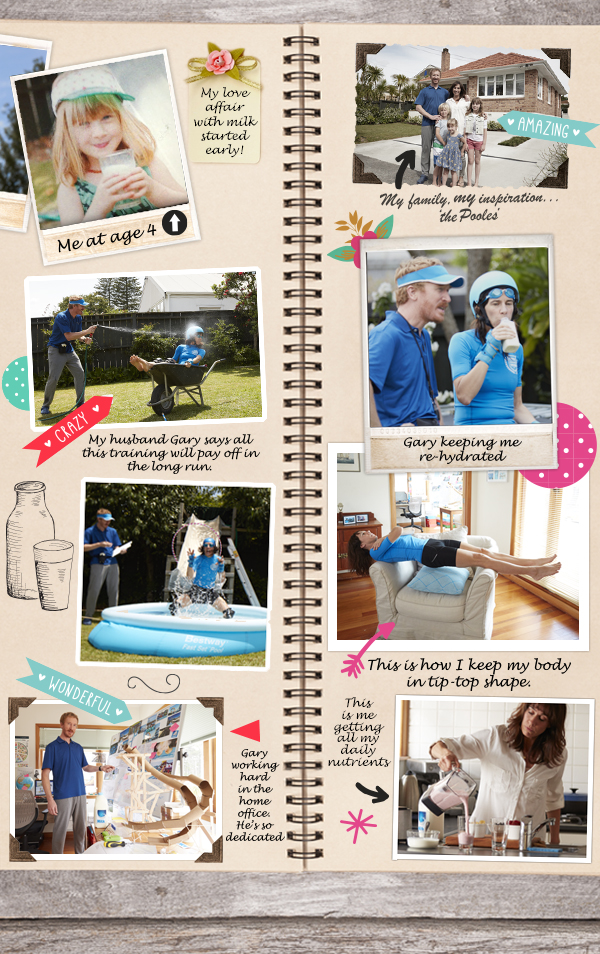 Isabel MacNeill, Dairy Australia’s group manager for industry promotion, admitted the new Legendairy campaign is unlike any other for the industry body.

Says MacNeill: “Being noticed is key; and creating fun characters is extremely powerful when it comes to getting people talking, sharing messages, and eventually changing behaviours. It’s tongue-in-cheek, yes, but it’s been developed on a foundation of fact. Research shows that eight in 10 Australian adults do not consume the daily recommended milk, cheese and yoghurt intake and that confidence in dairy has been declining over time. Under consumption of core foods, like dairy, can have negative health consequences.”

“In the first phase of the campaign, there is a strong underlying message about milk’s amazing ability to help bone development and muscle recovery: benefits that can’t be replaced by any alternatives. It’s all about pure, simple, Australian goodness,” added Isabel.

The amazing qualities of dairy products are further explored when the focus shifts from milk to cheese later in the year and introduces Jude Vale, the stand-in bridesmaid whose secret weapon is a good cheddar, brie or feta to get her through any occasion.

With the unifying tagline, “It’s amazing what dairy can do”, the series will showcase the benefits of having milk, cheese and yoghurt through the characters who embody dairy’s positive attributes.

The first campaign TVCs launched last night and are being supported by digital, outdoor, radio and magazine executions over the coming months. The launch coincides with the inaugural renaming of February to ‘Februdairy’ across a range of Bauer media titles and a below-the-line campaign leveraging Legendairy ambassador Michael Klim and other well-known faces.

A dedicated campaign site complete with behind-the-scenes footage, long form videos, and unique content from Deb and Gary Poole is on the Legendairy website.

Dairy Australia Creates a Splash in Refreshing & Legendairy New Push added by Newsroom on February 9, 2016
View all posts by Newsroom →