By Newsroom on January 22, 2018Comments Off on DB Breweries Ends the Feud Between Lager and Craft Beer Drinkers in New Campaign

New Zealand’s DB Breweries is hoping to unite lager and craft beer drinkers with an irreverent campaign to promote its new beer.

The campaign, which launches DB Export Hop Lager, a new drop that features “all the refreshment of lager with the flavour of more hops” aims to put an end to the battle between lager and craft beer fans.

The campaign features two groups of men – craft beer and lager drinkers – who have a standoff at a bar, before the bartender leaps in with the new DB Export Hop Lager to restore peace and unify the drinkers. 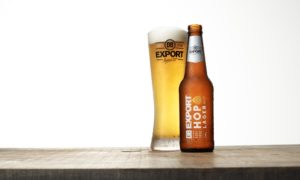 The campaign is DB’s ongoing “Made by Doing” strategy which aims to meet the changing needs of Kiwi drinkers.

Tony Wheeler, senior marketing manager at DB Breweries, said, “Beer drinkers enjoy a massive repertoire of beer, with 55% of people buying both craft and lagers. To complement and unite both worlds, we’ve brewed a lager with slightly more hops, improved for today’s tastes with a little more flavour and character. A lager where the real point of difference is the brew, not just the label.”

The campaign was created by Colenso BBDO and was directed by Tim Bullock of Scoundrel. It will run across TV, out-of-home, radio and social.

DB Breweries Ends the Feud Between Lager and Craft Beer Drinkers in New Campaign added by Newsroom on January 22, 2018
View all posts by Newsroom →