By Newsroom on August 11, 2017Comments Off on DDB Hong Kong and McDonald’s Dares Customers to Brew their Own #GreatCoffeeEveryDay

Following the introduction of its enticing new Cocoa Tazza brew, McDonald’s is back with a social experiment that takes customers on a journey inside each cup of specially brewed McCafé coffee. 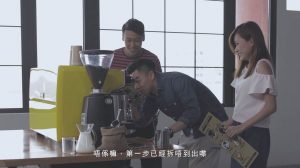 The campaign also included a Coffee Van City Tour joined by Taiwan Barista Champion Van Lin. The team took to the streets to share the new blend with Hong Kongers at popular spots across the city, giving out more than one million free cups of simply great tasting coffee. 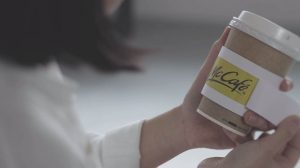 On 9 August, DDB returns with a social experiment to get consumers thinking about their coffee. While the coffee category in Hong Kong has shown tremendous growth over the past three years, research tells us that consumers still judge coffee by what goes on outside the cup, including coffee shop ambience, brand image and the misconception that a higher price indicates better quality.

DDB set out to change people’s perceptions, and encourage them to re-evaluate their coffee criteria, by turning their focus to what goes on inside the cup instead.

“We want people to see McCafé coffee for what it really is – great tasting, barista-prepared coffee from quality beans that does not cost an arm and a leg,” said Andreas Krasser, Head of Strategy & Innovation at DDB Group Hong Kong. 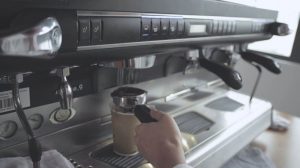 The social experiment, captured on video and released on Facebook, asks participants to prepare a cup of coffee. Only after going through the meticulous process is it revealed that the coffee is in fact Cocoa Tazza, brewed the McCafé way.

Following the video’s launch, McCafé will return to the streets of Hong Kong to let fans try the coffee machine for themselves, and brew their own complimentary cup. The coffee tour will be broadcast on Facebook Live to maximise exposure and encourage online discussions. 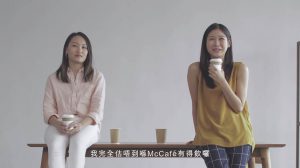 “There is no better way of proving the quality of our beans than letting customers taste it for themselves,” said Esther Chung, Marketing Director at McDonald’s Hong Kong. “Following the huge success of our Coffee Van, we are very excited to bring it back and continue these valuable one-on-one interactions on the street – sharing our brew, and hearing people rave about the aroma, roast and taste.”

DDB Hong Kong and McDonald’s Dares Customers to Brew their Own #GreatCoffeeEveryDay added by Newsroom on August 11, 2017
View all posts by Newsroom →