By Newsroom on March 15, 2016Comments Off on Del Campo Saatchi Looks to the Good Old Days in New Schweppes Campaign

In the campaign, ‘One Day You’ll Understand’ Del Campo Saatchi & Saatchi Argentina draw on examples of the past to highlight how life has evolved, but the quality and enjoyment of Schweppes has not. 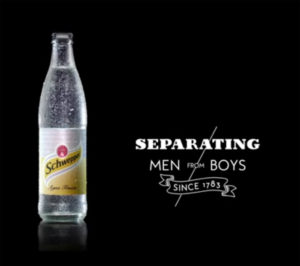 The nostalgically optimistic new campaign for Schweppes rises above adblocker, and is aimed specifically at men and women of the Generation X era who are approaching their forties. The campaign illustrates how the limits faced by Generation X made them so distinctive, combining aspiration with humour whilst screaming: “Hey! Forget the Millenials! We exist too!”

This generation comes from an era when people recorded music on cassettes, drove cars without car seats or airbags, and dated without social networks – instead actually relying on body language: an era where life prepared them to appreciate the taste of character – the taste of Schweppes.

In the words of the agency: “We believe that a person in their thirties or forties responds more to the message ‘enjoy life’ rather than the usual advertising messaging of ‘become a millionaire’ in a typical perfume ad.’ Partly because that was the spirit of their time, and partly because they know by now that that yacht isn’t going to happen.”

Del Campo Saatchi Looks to the Good Old Days in New Schweppes Campaign added by Newsroom on March 15, 2016
View all posts by Newsroom →